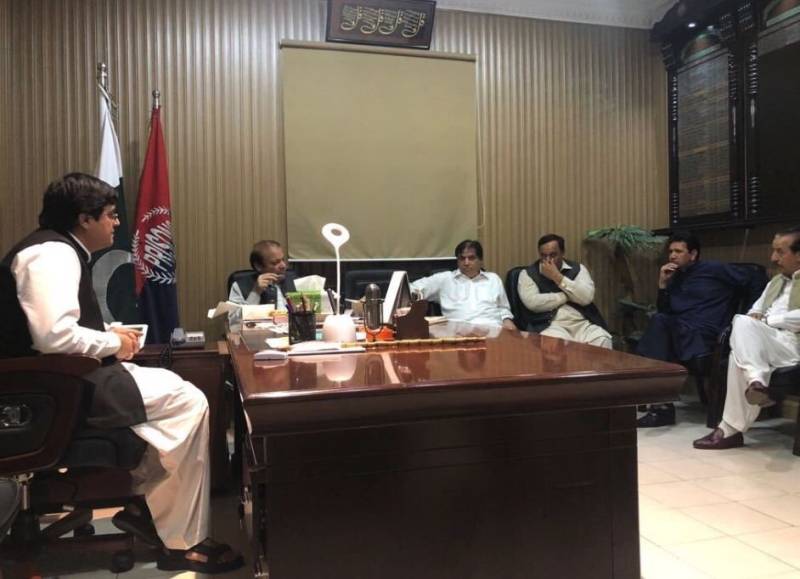 The ex-PM Nawaz, his son-in-law Captain (r) Mohammad Safdar and Maryam Nawaz, who were released on September 19 from prison after their sentences in Panama Papers case were suspended by a court, were photographed with Abbasi in the office of the jail superintendent. The pictures went viral on social media and stirred controversy as Abbasi is incarcerated in a corruption case.

An inquiry report, prepared by the committee comprising DIG Prisons Multan and AIG Judicial Malik Safdar, had cleared Saeedullah Gondal of any responsibility and instead held deputy superintendent and other officials responsible, sources said. However, CM Buzdar rejected the inquiry report on the matter, and ordered to suspend the superintendent.

The chief minister also directed the authorities to open an inquiry against DIG Prisons Rawalpindi.

Hanif Abbasi was shifted to the Attock Jail after pictures of him in the Adiala Jail superintendent’s office surfaced last week.

He was sentenced to life in prison in the ephedrine quota case on July 22. He was contesting the election from NA-60 Rawalpindi at the time.

The PML-N leader was charged with misusing 500kg of ephedrine, which is a controlled chemical, which he obtained for his pharmaceutical company in 2010.