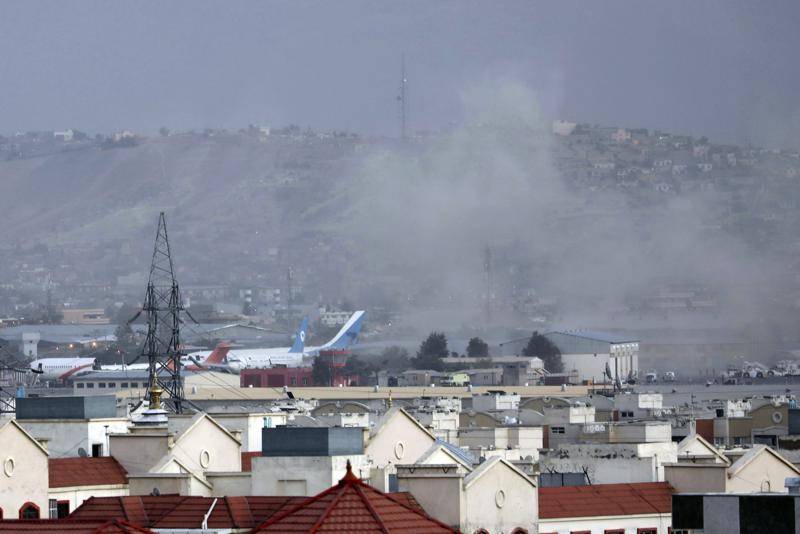 KABUL – At least 13 American soldiers were killed in Thursday’s airport attack in Afghan capital, says the US Defense Department.

The thirteen US service members — 10 Marines, two soldiers and a Navy corpsman — are among dozens of Afghans killed in twin explosions at the gates of Kabul’s international airport and a nearby hotel on Thursday, the deadliest day for the American military in Afghanistan in a decade.

A top U.S. commander has said the Islamic State, which has claimed responsibility, is behind the attacks.

The number of American troops wounded was 18, it added in a statement.

"We mourn the loss of these Marines and pray for their families," Central Command spokesman Captain Bill Urban said in a statement.

"Our Marines will continue the mission, carrying on our Corps´ legacy of always standing ready to meet the challenges of every extraordinary task our Nation requires," he said.

The military has yet to provide any details of what occurred in the attack, which was carried out by the Afghanistan branch of the Daesh group.

The outer perimeter of access to the airport is controlled by the Taliban, and the airport gates are managed under heavy security by the Marines and other troops.

President Joe Biden and other senior US officials have repeatedly mentioned the ISIS-K group as the one seeking to attack Western targets in Afghanistan.

ISIS-K or the Islamic State Khorasan Province (ISKP) is the regional affiliate of ISIS (or so-called Islamic State) that is active in Afghanistan. It is the most extreme and violent of all the jihadist militant groups currently operating in Afghanistan.

It was set up in January 2015 at the height of IS power in Iraq and Syria, before its self-declared caliphate was defeated and dismantled by a US-led coalition.

At least 60 people were killed and 140 others wounded in the explosions at Kabul airport, a senior health official said.

UPDATE -- More than 60 Afghan civilians were killed and 150 others were wounded in Kabul Airport explosions, a health official told us. #Kabul #KabulAirport

Gen Kenneth McKenzie of US Central Command however said, "We'll continue to execute the mission despite this attack." He added about 1,000 US citizens are still believed to be in Afghanistan.