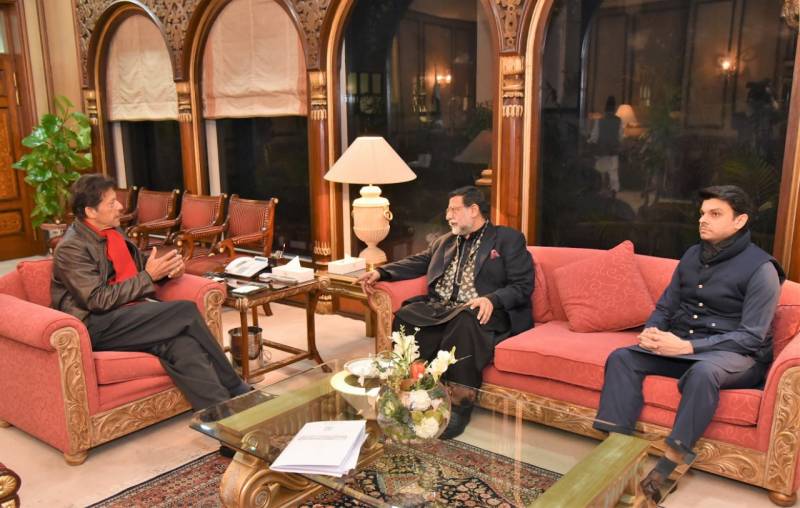 ISLAMABAD -  Federal Minister for Privatisation and Aviation Muhammad Mian Soomro said on Tuesday that Pakistan’s military was fully capable of thwarting Indian aggressions and has always shown how to defend Pakistan by thwarting evil designs of India.

The minister expressed these views during his meeting with Prime Minister Imran Khan along with businessman and British Pakistani philanthropist Jawad Sohrab Malik at the Prime Minister House.

During the meeting, issues related to progress in aviation sector, ease of business and privatisation were discussed.

The aviation minister updated the Prime Minister about the progress at which the PM assured his full support to the minister and expressed satisfaction in his work.

Modi is involved in vicious propaganda against Pakistan but he will fail in his objectives, said the minister.

British Pakistani businessman Jawad Malik said that Pakistan has a conducive environment for investment and due to the reforms introduced by PM Imran Khan the business community was showing greater interest in introducing new investments in Pakistan.

Jawad Malik informed the Prime Minister that he would be visiting London, Europe and Turkey soon to invite businessmen for investment in Pakistan.

Jawad Malik apprised the premier that interest of Pakistanis and others has increased manifold for investment in Pakistan, especially after stringent measures taken to make the system transparent.

“Met with PM Imran Khan today and as always his courage, his intentions and pure love for our country stand as sincere as he is driven. India, beware of such leadership!,” Tweeted Jawad Malik.