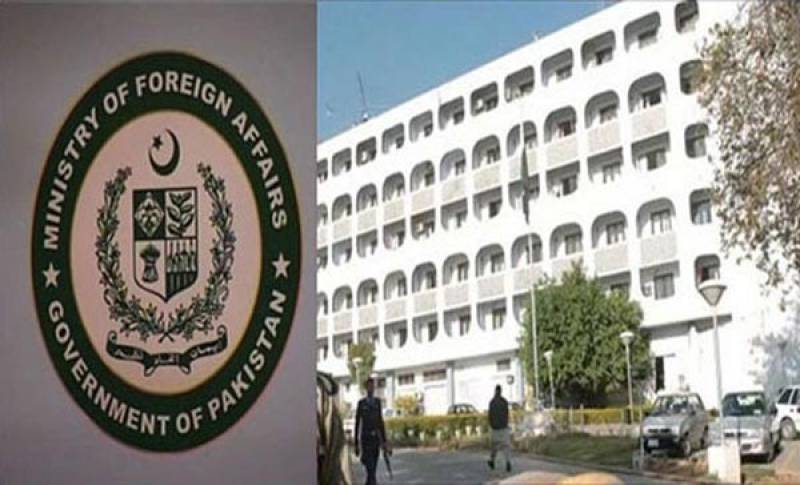 “Pakistan firmly rejects the remarks by the spokesperson of the Indian Ministry of External Affairs (MEA) and outrightly dismisses the fabricated news reports in Indian media falsely claiming another “extension” in Pakistan’s continuation on the Grey List due to “failure” to complete the Action Plan, in the recently concluded virtual FATF plenary session,” the Foreign Office said here in a press release.

The Foreign Office hoped,” The FATF membership would take cognizance of India’s malicious campaign against Pakistan and reject any attempt at politicizing the FATF proceedings.”

It said: “We also completely reject the MEA spokesperson’s terrorism-related allegations against Pakistan.”

The FO mentioned that Pakistan was prepared to present its progress report to the FATF in its plenary meeting which was scheduled for June 2020.

However, it said, due to the ongoing COVID-19 pandemic, the FATF decided on April 28 on a general pause for four months in the review process for a number of countries under ICRG (International Cooperation Review Group) assessment, including Pakistan.

The Foreign Office said the decisions taken by the FATF in February 2020 plenary meeting regarding a number of countries, including Pakistan, remained in effect.

The evaluation of Pakistan’s FATF Action Plan would be made in the next plenary cycle of FATF, in which Pakistan would present its progress report, it added.

The Foreign Office said in that backdrop, the reports in the Indian media insinuating that the FATF had extended Pakistan on the grey list, were “patently misleading and part of the incessant smear campaign by India against Pakistan”.

It mentioned that Pakistan had repeatedly drawn the attention of the international community towards India’s sinister attempts to use the FATF process for its narrow political gains.

“Pakistan has also been raising the issue of India’s dubious credentials as an impartial and objective assessor of Pakistan’s progress on the FATF Action Plan,” it said.

“India’s efforts to misuse the technical forum of FATF for discrediting Pakistan have been noticed by FATF members and are not appreciated by the international community,” the FO concluded.