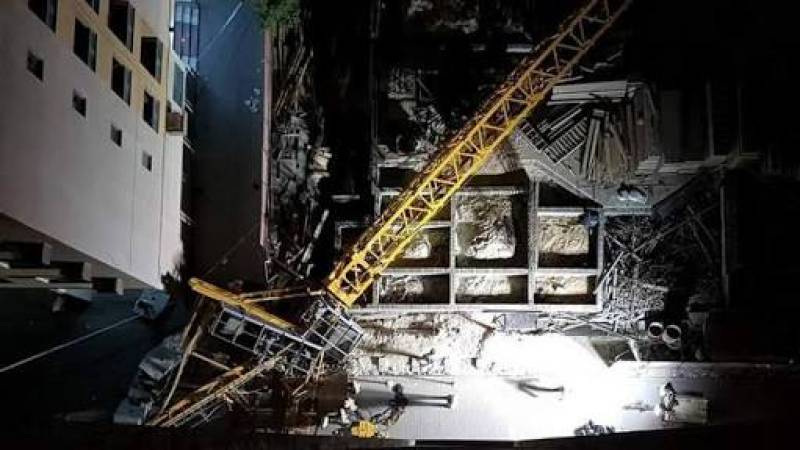 UAE- A Pakistani contruction worker was left with serious injuries after he saved several children playing near the construction sight from a crane crash. The crane collapsed in Sharjah over the weekend. According to an Indian witness Basheer, 26 year old Farsat Khan heroically saved the children putting himself in danger. This incredible action taken by Khan left everyone else safe other than him.

Khan suffered head bleeding, with multiple fractures . However when the police came to the site his 31 year old colleague was found dead under the rumble after 10 hours of extraction process. The person’s body was then transferred to morgue.

Khan is now fighting for his life in the intensive care unit at Al Qasimi hospital. This news went viral and people are hailing Khan on the other hand the authorities continue to investigate.

Police made several arrests determining the whole incident. Few people from the site were investigated and questioned by the police. The authorities are now looking into the incident and are questioning the senior site managers.