Over 1,100 killed by India heatwave; roads melt in Delhi 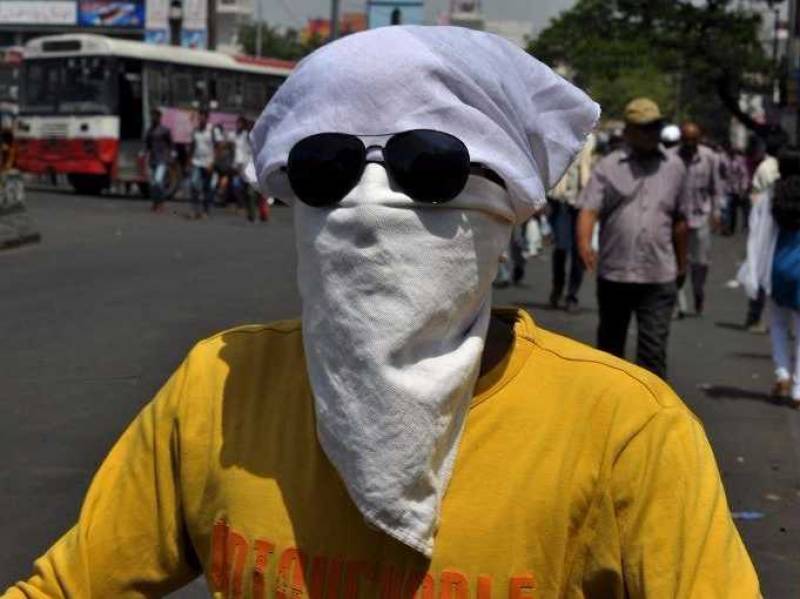 NEW DELHI (Web Desk) - An intense heat wave that has swept across India has killed over 1,100 people in Andhra Pradesh and Telangana since last week, with temperatures nearing 50C (122F) in some areas.

Most deaths have taken place in the southern states of Telangana and Andhra Pradesh, where at least 1,118 people have died since last week. 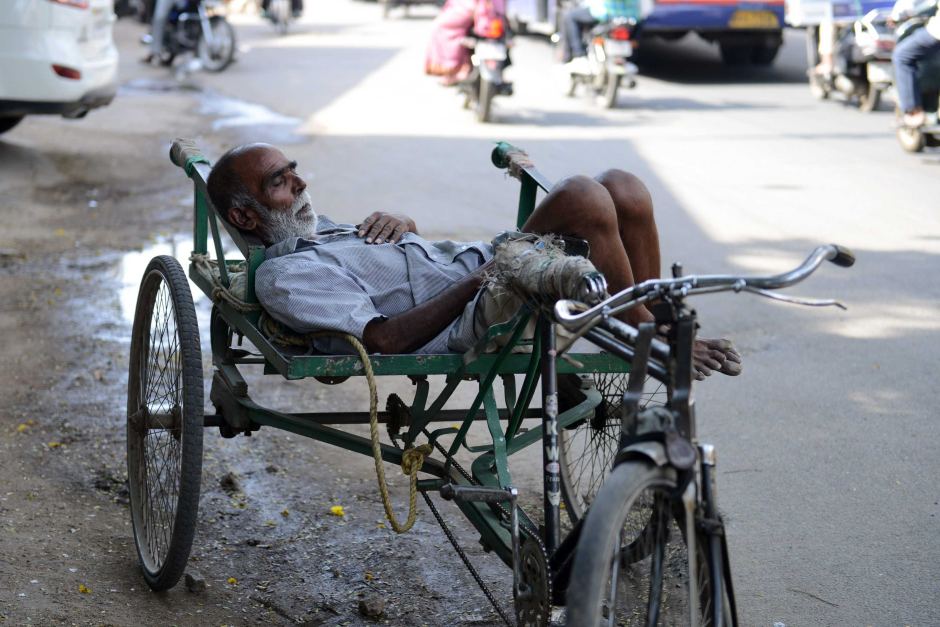 In the rest of the country, there have been some 20 deaths.

Most of the deaths have been in the past week, when the temperature has not dipped below 45 degrees. 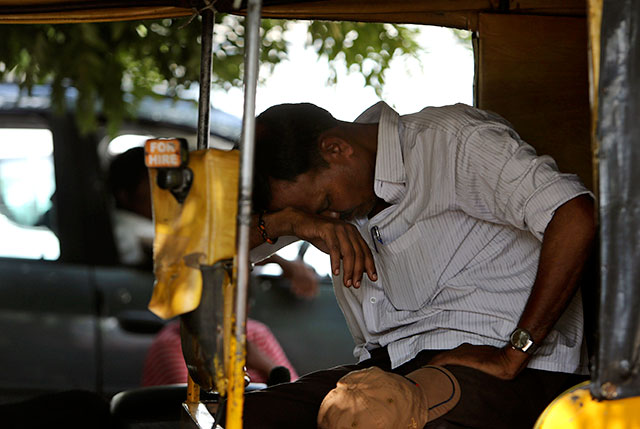 Reports say at least 24 people have died from the heat in West Bengal and Orissa.

Khammam in Telangana is enduring the hottest summer since 1947. The temperature here was reported nearly 47.6 degrees. 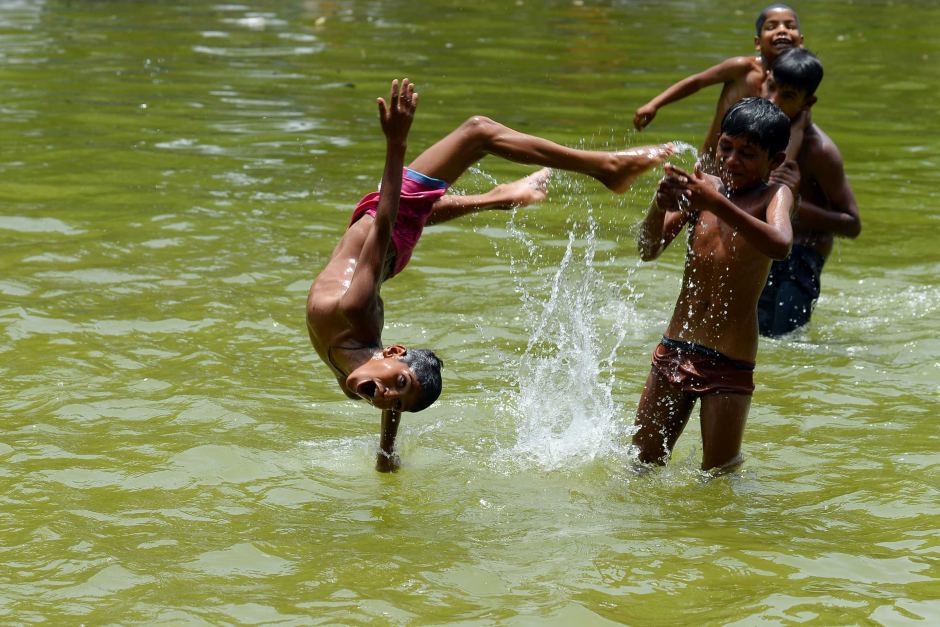 However, the meteorological department has predicted rain and thundershowers, so parts of these states may get some respite. 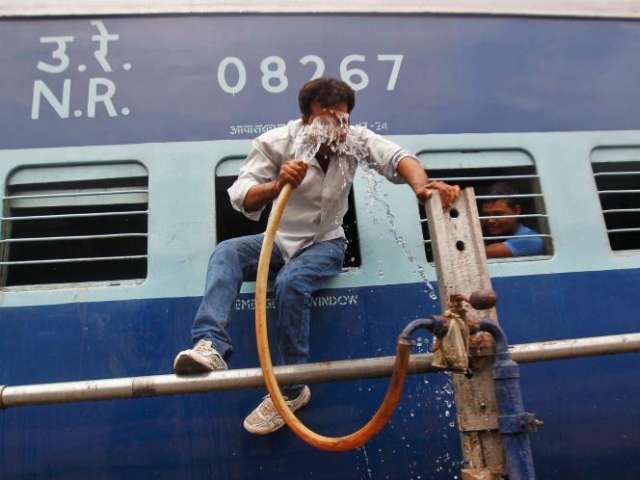 Hospitals are on alert to treat heatstroke patients and authorities have advised people to stay indoors. 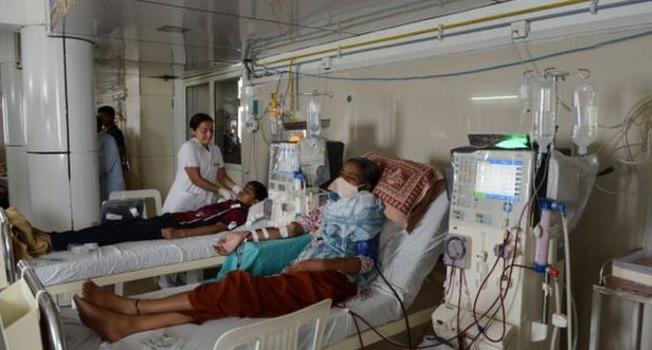 Heatwave conditions have been prevailing in the two worst-affected southern Indian states since mid-April, but most of the deaths have happened in the past week.

"The state government has taken up education programmes through television and other media to tell people not to venture outside without a cap, to drink water and other measures," news agency AFP quoted P Tulsi Rani, special commissioner for disaster management in the state, as saying.

"We have also requested NGOs and government organisations to open up drinking water camps so that water will be readily available for all the people in the towns," he added.

But the monsoon is still far away - the first showers expected in the Kerala coast by the end of this month.

• May is the country's hottest month, with thermometers reaching a maximum of 41C (104F) in New Delhi

• Intense heat can cause cramps, exhaustion and heat stroke

• In 2010 around 300 people were killed by intense temperatures, according to media reports from the time

The Indian capital, Delhi, is enduring a week of sweltering heat as the maximum temperature in the city hit a two-year high of 45.5C (113.9F) on Monday.

The Hindustan Times newspaper carried a front-page photo of a zebra pedestrian crossing in the city melting in the heat. 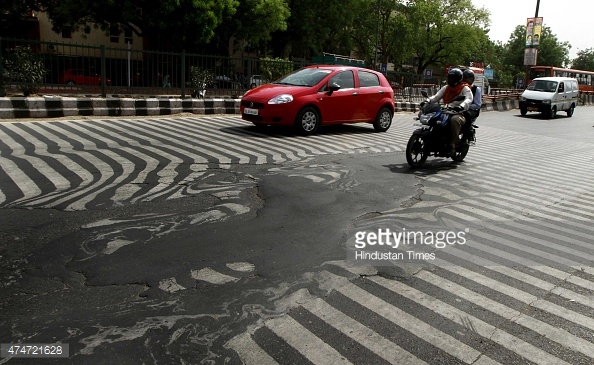 "It's baking hot out here - our outing has turned into a nightmare," said Meena Sheshadri, a tourist from the western city of Pune, who was visiting a Delhi monument with her children.

"My throat is parched, even though I've been constantly sipping water."

The meteorological department has issued a warning for Orissa, Jharkhand and Andhra Pradesh states saying that maximum temperatures there would remain above 45C (113F).

Meteorological officials said the heatwave was due to a lack of rain.