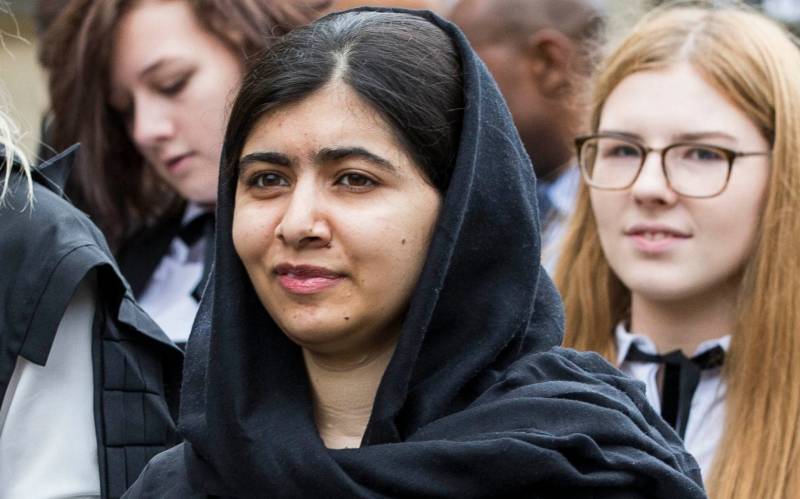 LONDON - Pakistan’s Malala Yousafzai has been elected as the social secretary at prestigious Oxford College, UK.

The 20-year-old is currently finishing the first year of a degree at Lady Margaret Hall.

She was chosen to join the Junior Common Room (JCR) Executive Committee in elections at the college last week, the BBC reported.

Each Oxford college has a JCR committee to organise events and campaigns.

As the social secretary, the youngest ever Nobel Peace laureate will be responsible to plan and organise social events in the college.

Malala, who is studying politics, philosophy, and economics, will share this role with Tiger Akawin for the upcoming academic year.

Last August, the 22-year-old had secured a place at the Oxford University College.

Malala has been living in the UK since October 2012, when she was shot in the head at point-blank range by Taliban gunmen as she was returning from her school in Swat valley at the age of 15.

She suffered bullet injuries and was admitted to the military hospital Peshawar but was later flown to London for further treatment.

IN PICS: Nobel Peace winner Malala in Swat for the first in 6 years

In 2014, Yousafzai became the youngest recipient of the Nobel Peace Prize at the age of 17 in recognition of her efforts for children's rights.