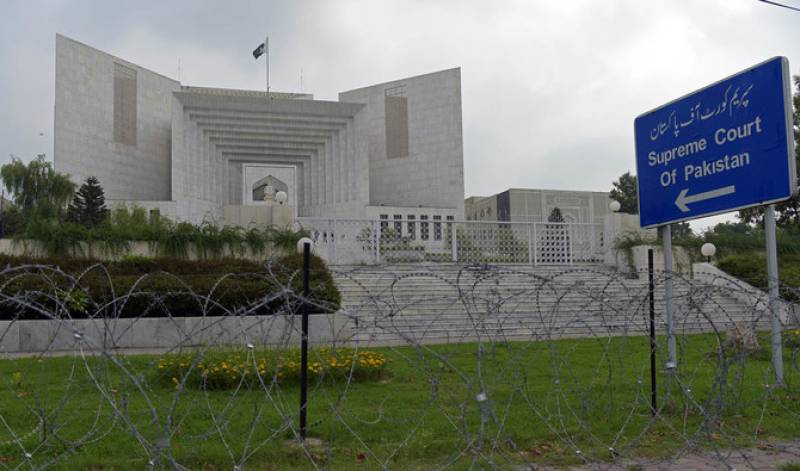 KARACHI – Supreme Court Chief Justice Gulzar Ahmed on Friday directed the defence secretary to submit a policy statement signed by the chiefs of army, navy and air force on commercial use of military lands in Karachi.

A three-member bench of the Supreme Court headed by the chief justice was hearing cases related to encroachments on government lands in Pakistan's southern seaside metropolis when Defence Secretary Mian Hilal Hussain, a retired lieutenant general of the Pakistan Army, informed the court that the military had decided not to allow commercial activities on its lands.

However, the court asked what would happen to all commercial activities that had already taken place.

“How are you going to fix it,” asked the chief justice while demanding a signed policy report by the three services chiefs regarding how the commercial activities would be brought to an end.

“This land was provided to you for strategic and defense purposes,” he continued. “You are using it to launch commercial ventures and have built wedding halls, cinemas and housing societies.”

The defense secretary, who was ordered by the chief justice to appear and answer questions related to the case a day earlier, demanded some time from the court to present the required document.

The bench also heard a different encroachment case related to Nasla Tower in Karachi and instructed Commissioner Iqbal Memon to ensure the residential building was razed to the ground within a week.

The court also reprimanded the Karachi chief of the Jamaat-e-Islami party Naeem Ur Rehman for demanding compensation for the effected families and individuals.

Meanwhile, police fired teargas shells to disperse protesters, including political activists, local builders and other citizens, who had gathered outside Nasla Tower at the Shahrah-e-Faisal road.

The protest was called by the chairman of the Association of Builders and Developers, Mohsin Shaikhani, who got injured during the shelling while the police were trying to stop people who wanted to resist the demolition work.