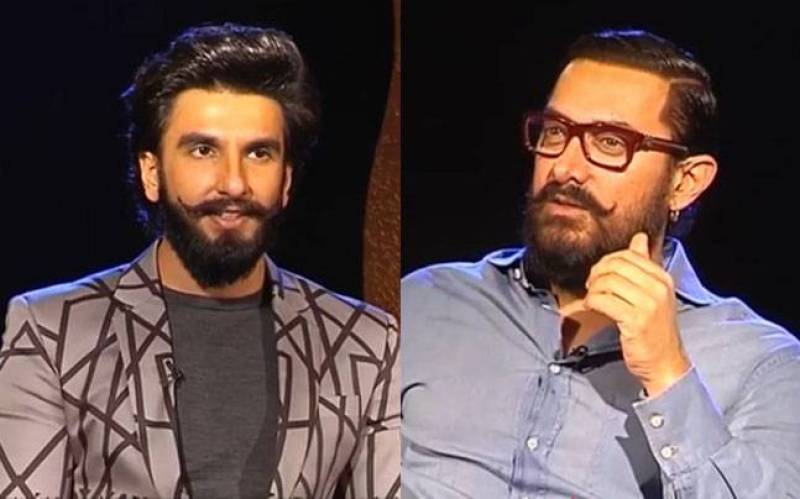 Ranveer Singh and Aamir Khan were spotted earlier together at Aamir’s house on Monday evening with producer Siddharth Roy Kapur.

The movie ‘Salute’ is being directed by Mahesh Mathai and will be co-produced by Aamir Khan and Roy Kapoor. According to sources, the narrative is based on the life of acclaimed Indian astronaut Rakesh Sharma. If this news is true, this will be the first collaboration between Aamir and Ranveer. It will be an absolute delight to see the pair weaving magic onscreen.

It has already been confirmed that Priyanka Chopra will be starring in the movie.

On the work front, Ranveer will be seen in Sanjay Leela Bhansali's Padmavati which is slated to release on December 1, 2017 starring Deepika Padukone and Shahid Kapoor. Aamir's latest outing was Advait Chandan's Secret Superstar, which is performing well at the box office.