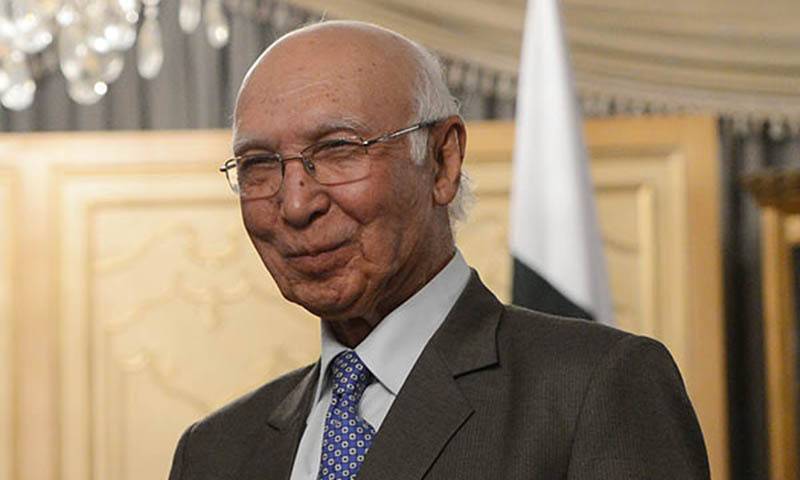 He said about 56 states of the Organization of the Islamic Cooperation (OIC), Human Rights Council of the United Nations and other world bodies have supported Pakistan’s stance on Kashmir by out rightly rejecting India’s baseless allegations.

Winding up discussion on motion regarding Pakistan-India ties in the Senate, he said Pakistan had strongly rejected Indian narratives.

He informed that the government of Pakistan had addressed letters to the world leaders highlighting the grave situation in the IoK, besides handing over of dossiers containing facts about the ground reality.

The United Nations Human Rights body had also been requested to send a fact finding mission to the occupied valley, he added.

The Modi government was attempting to impose Indian hegemony in the area with its own narratives which was unacceptable to Pakistan, he stressed.

The Advisor said the recent Intifada in Indian Occupied Kashmir was of great importance because new generation was carrying forward the freedom struggle and it would be the golden chapter in the history of struggle against Indian occupation forces.

He said for the last 75 days, the innocent Kashmiri people had been facing Indian occupation forces’ brutalities with valour.

The Kashmiri people struggle was a reaction to the inhuman brutalities being perpetrated by the Indian occupation forces, he added.

Sartaj observed that no force on earth could deter the determination of a nation that was ready to sacrifice everything for the achievement of its objective.

He said Indian occupation forces have so far martyred 120 innocent Kashmiris since 8th July, and blinded dozens others with use of pellet guns.