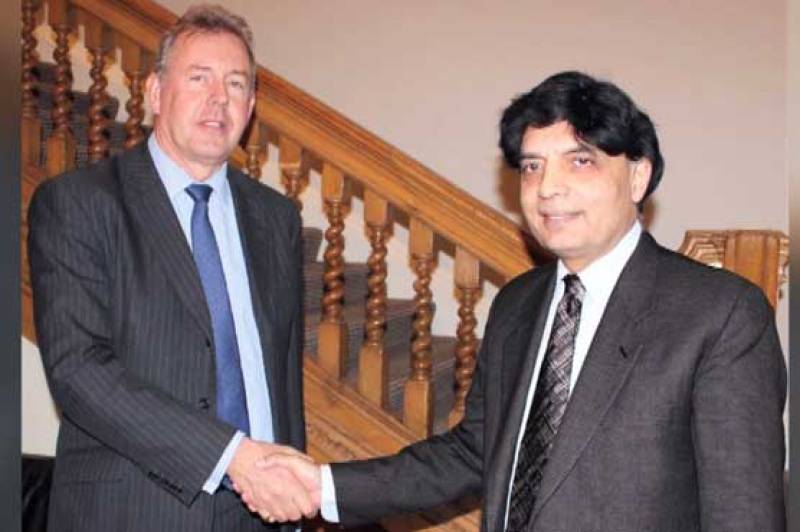 Chaudhry Nisar said that terrorism and Islam are two opposite concepts, adding that the West has to understand this difference.

He hoped no discrimination will take place in dealing with terrorism on a global stage.

The federal minister said Pakistan gives utmost importance to its friendly relations with Britain and cooperation.

“We will continue every kind of cooperation possible with Britain”, he said.

Ch Nisar also demanded the ban on Muttahida Qaumi Movement (MQM) chief Altaf Hussain’s speeches. He said terrorism is a grave threat not only for the region but also for global peace.

He said Pakistan’s state institutions and people are determined for complete elimination of terrorism, adding that security situation in Pakistan has improved by following the National Action Plan (NAP).

The federal minister said durable peace, stability and development of Afghanistan is in Pakistan’s interest and that Pakistan’s efforts in this regard are not hidden from anyone.

Kim Darroch presented salutes to people of Pakistan for countless sacrifices in war against terrorism. He said Britain will continue supporting Pakistan for welfare of the people and to strengthen its stability.