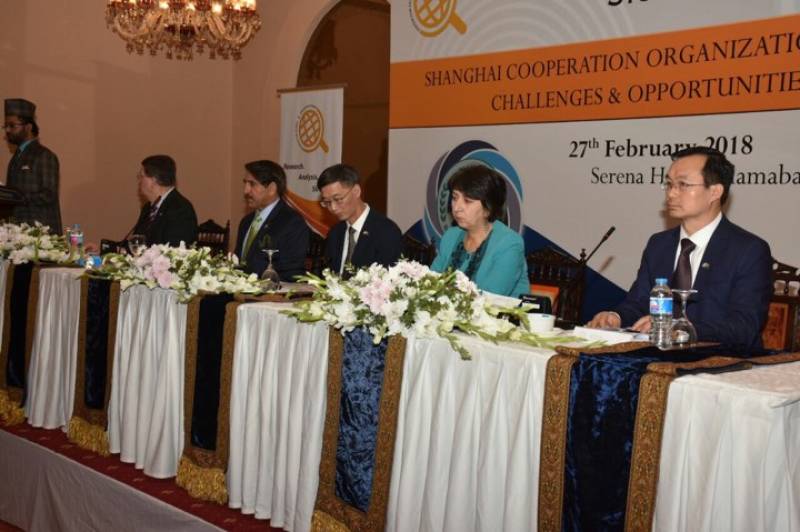 ISLAMABAD - The Chinese Ambassador to Pakistan Yao Jing while addressing at SCO Seminar in Islamabad on Tuesday urged the Shanghai Cooperation Organization (SCO) Member States to devise a counter-terrorism policy, and argued that a peaceful Afghanistan was imperative for peace in the region.

The Chinese Ambassador Yao Jing congratulated Pakistan for holding the SCO Seminar in Islamabad and said the SCO – population wise – was the greatest regional organisation of the World.

Yao Jing said China advised to develop the five-year strategy to deal relationship and challenges in the region.

The Chinese envoy said his country also welcomed the Non-Member States to bring suggestions for the economic uplifting of the region. The envoy suggested that the SCO Development Bank should be established, adding China was also working for the SCO University. He said China wanted Students Exchange Program among the SCO Member States.

“19 more new terrorist organisations have emerged in Afghanistan since the US came there to fight Al-Qaeda and Taliban,” said Dr Vladimir Kozin, the leading expert at Center for Military-Political Studies in Moscow State of Institute of International Relations, Russian Foreign Ministry at the seminar.

He was of the view that regional stakeholders must be conscious of new US nuclear doctrine and use of high technological nuclear-motivated weapons and there could be used in Afghanistan. Responding a question he stated that controlled and limited use of nuclear weapons by the United States in Afghanistan could not totally be ruled out.

Vladimir Kozin who had been in Kabul Embassy in 1972 and had been a part of Soviet as well as Russian Diplomatic Corps in the region till 2012, spoke on “Role of Russia in Shanghai Cooperation Organization: Challenges and Opportunities,” and said that Russia and China are being tagged as threat by the United States while both are major members of SCO.

The Russian expert said as Pakistan is being made the scapegoat for US failure in Afghanistan, Iran is also tagged as a state sponsor of terrorism by the United States.

Vladimir Kozin said that the United States has failed to bring peace in Afghanistan rather it has brought more instability and terrorism in the war-stricken Country.

While speaking on the topic titled “The Vision of Tajikistan for Shanghai Cooperation Organization (SCO)”, the Deputy Director of the Center for Strategic Studies under the President of Tajikistan Moominova Farida Mahmoodovna highlighted the challenges being faced by the regional Countries, and said that intensification of cooperation was key to resolve regional issues.

Moominova said since security was among the primary concerns for all the regional Countries, consolidated efforts were need of the hour to counteract terrorism and extremism.

Moominova Farida Mahmoodovna emphasized on at least four themes with regard to economic cooperation among all SCO Members – and which included food security; water and energy issues; development of transport communications and transit potential; and production cooperation.

In his address at the seminar, the Deputy General Secretary at One Belt One Road Center in Chinese Academy of Social Society Xu Wenhong spoke on “China’s Strategic Interest Viz-a-Ziz Shanghai Cooperation Organization (SCO)”.

Xu Wenhong said China had geopolitical economic interests in the region, and One Belt One Road initiative was very important for China.

Xu Wenhong said there were different ways to solve Afghanistan problem, and stated China as one of the stakeholders believed that the Afghan war could only be solved with the support of regional stakeholders and regional partners. “China wants only friends in the world not enemies,” he said.

Earlier in his opening remarks, the Chairman CGSS, Lt. General (retd) Muhammad Zahir-ul-Islam said the SCO had a great past and future, and its role had been of great significance to ensure peace in the entire region. 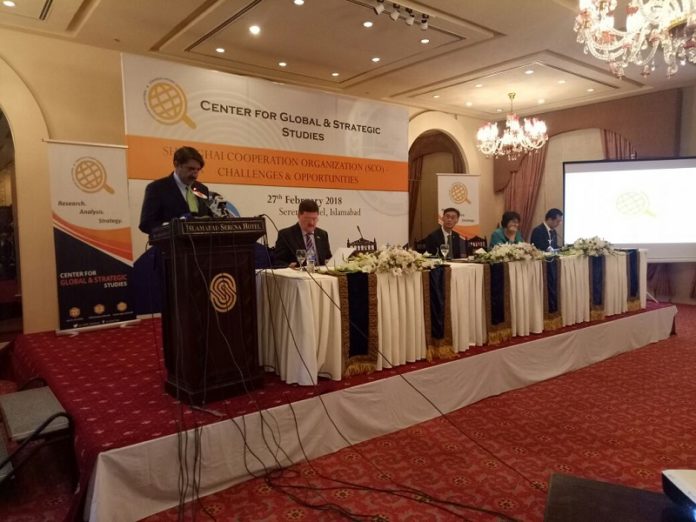 The chairman CGSS said being a member of SCO, Pakistan was a part of a bloc comprising Central Asia China and South West Asia.