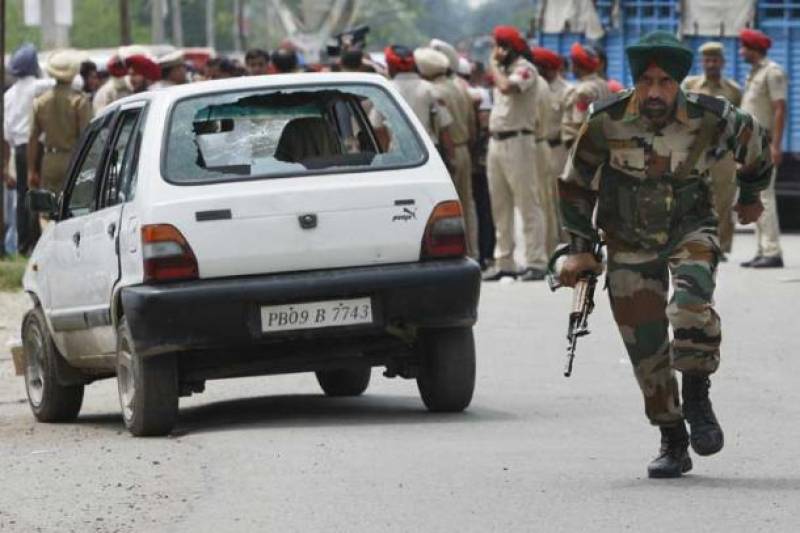 NEW DELHI (Web Desk) - India tightened security on the border with Pakistan on Monday after its military said heavily armed men, dressed in army uniforms, stormed a police station in the northern frontier state of Punjab killing ten people and wounding several others.

Four police officers including the local superintendent and three civilians also died in the operation in the usually calm northern state of Punjab.

“The police superintendent fought them bravely but unfortunately he was shot in the head and died on the spot,” said Anand Kumar, part of the Special Forces team that entered the building.

The assault only ended at around 5pm when security forces finally entered the police station where the unidentified gunmen had been holed up.

The siege focused on an abandoned building where the attackers were holed up. It dragged on because security forces had wanted to capture at least one of the militants alive, a senior government source said.

The militants hijacked a car and then fired at the bus and a roadside eatery before attacking a police station near Gurdaspur, a border town in Punjab, police said. Eight injured people were hospitalised, seven of them in serious condition, the Press Trust of India news agency reported.

Five bombs were also found planted on a railway track in the state, suggesting an attempted coordinated attack around the time when India is marking the anniversary of a near-war with Pakistan in northern Kashmir in 1999.

Jitendra Singh, a junior minister in Prime Minister Narendra Modi's office, alleged Pakistan's involvement. "There have been earlier reports of Pakistan infiltration and cross-border mischief in this area," said Singh, whose constituency in the Jammu region borders Gurdaspur.

However, director general of Punjab police, Sumedh Singh Saini said, "It is too early to say who the attackers were."

Pakistan has denied any involvement in insurgencies in Indian Punjab and Jammu and Kashmir.