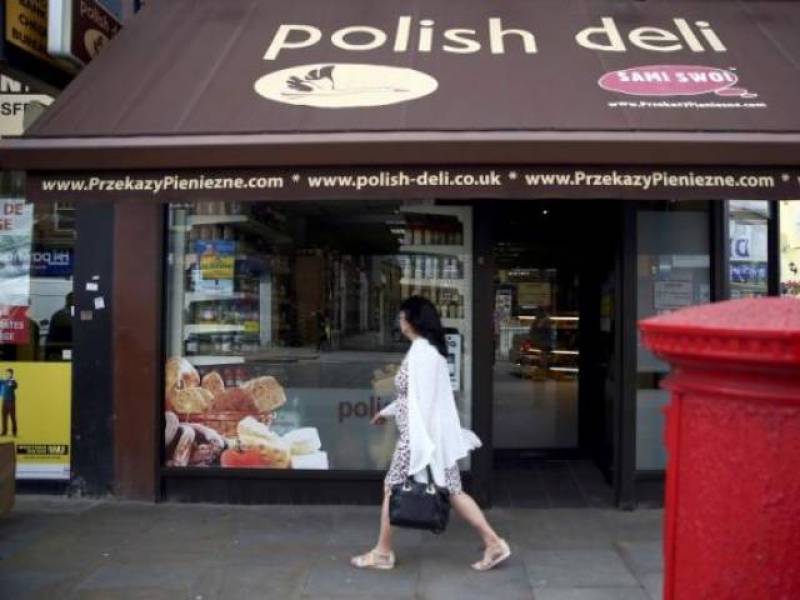 LONDON -  After the wave of racist and Islamophobic crimes swept Britain following its decision to leave the European Union, lawmakers and politicians on Monday, including leaders of the Polish and Muslim communities,  vowed to eliminate racism and Islamophobia from the country.

According to police, within three days of the referendum, offensive leaflets targeted at Poles had been distributed in a town in central England, while graffiti had been sprayed on a Polish cultural center in London on Sunday.

Meanwhile, Islamic groups have also lamented the drastic increase in hate crimes and Islamophobic incidents against Muslims since last Friday, many of which were directly linked to the decision for a British exit.

Prime Minister David Cameron has also condemned the attacks in parliament while maintaining that he has spoken to Polish counterpart Beata Szydlo to express concern and reassure her that Poles in Britain would be protected.

"In the past few days we have seen despicable graffiti daubed on a Polish community centre, we've seen verbal abuse hurled against individuals because they are members of ethnic minorities," Cameron said.

"We will not stand for hate crime or these kinds of attacks. They must be stamped out," he added.

Immigration emerged as one of the key themes of the EU referendum campaign, with those who backed a British exit arguing that membership of the bloc had allowed an uncontrolled numbers of migrants to come to Britain from eastern Europe and saturate the ailing job market.

A few days before the vote, Sayeeda Warsi, a former minister in Cameron's ruling Conservative Party, had also quit the Brexit campaign after accusing it of spreading lies, hatred and xenophobia.

There has been a large presence of the Polish community in Britain since World War Two and that number has grown significantly after Poland joined the EU in 2004. There are about 790,000 Poles living in Britain according to official figures from 2014, the second-largest overseas-born population in the country after people from India.