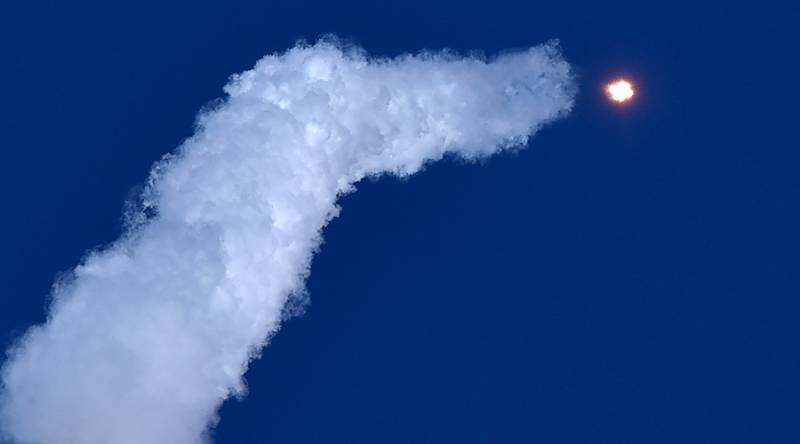 TEHRAN - Iran says it has successfully tested the Simorgh rocket, a two-stage vehicle meant to deliver small space satellites into orbit. The test comes years behind schedule and may be the second one for the rocket.

Named after a mythical beast of Persian folklore, the rocket was first unveiled under President Mahmoud Ahmadinejad in 2010 as part of the celebrations of Iran’s first domestic satellite launch.

Simorgh’s maiden flight was initially scheduled for the same year, but the project was plagued by years of delays. On Thursday, Iranian media reported that the space rocket had been successfully tested for the first time.

“The Imam Khomeini Space Centre was officially opened with the successful test of the Simorgh (Phoenix) space launch vehicle,” state television said. “The Simorgh can place a satellite weighing up to 250kg (550lbs) in an orbit of 500km (310 miles).”

State television showed footage of the launch from the site decorated with pictures of the late Ayatollah Ruhollah Khomeini and his successor as Iran’s supreme leader, Ayatollah Ali Khamenei.

“The Imam Khomeini Space Centre ... is a large complex that includes all stages of the preparation, launch, control and guidance of satellites,” state television added.

The launch didn’t come as a surprise. Fox News on Wednesday cited US officials as saying that Iran was preparing to test-fire its new space rocket.

The launch is not believed to be the maiden flight for Simorgh. The rocket was first tested in April 2016, Russian and US officials reported at the time. The test last year apparently ended in failure, since Iran never officially announced it.

Iran has successfully launched its domestically-manufactured Simorgh carrier, whose mission is to put Iranian satellites into the orbit pic.twitter.com/WVZog8i8o7