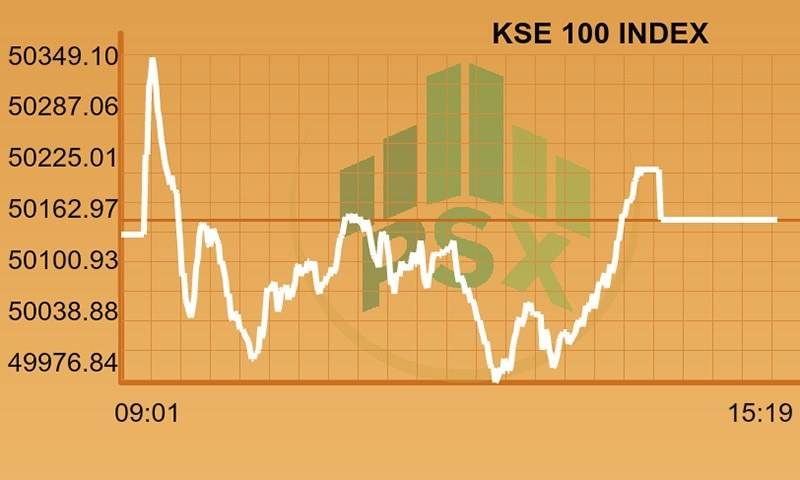 KARACHI - The Pakistan Stock Exchange (PSX) ended nearly flat on Thursday, with the benchmark KSE-100 index shedding only three points, or 0.01 per cent, by the close of the trading session to reach 45,906.

The index touched the day's low at 45,758 points an hour after trading opened. However, it soon recovered, reaching the day's high of 46,025.

Trading activity was led by banking scrips, with 31.6 million shares traded during the session. The textile sector and chemical sector followed with 23.6m and 11.5m respectively.

Ahsan Mehanti of Arif Habib Corporation said that the benchmark closed flat as investors were awaiting the Supreme Court verdict on the Panamagate case following the joint investigation team's probe into the Sharif family's assets.

Concerns over political uncertainty, dismal corporate performance in the fertiliser sector, and foreign outflows were catalysts for the bearish close at the PSX, he concluded.