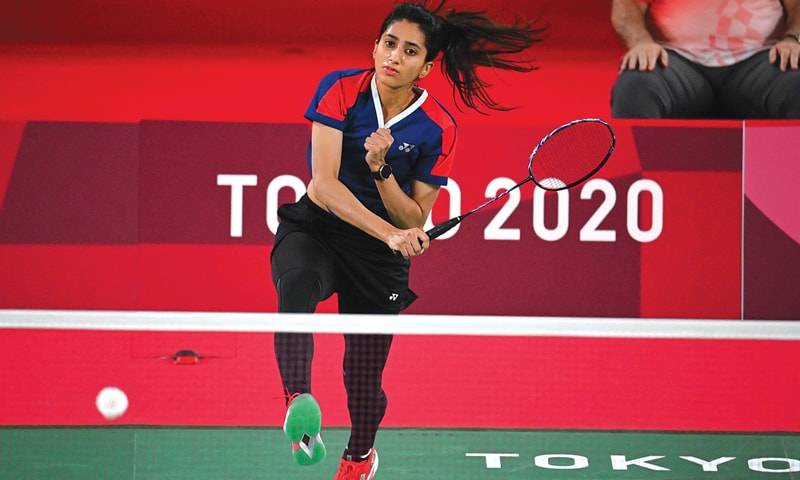 Another two Pakistani athletes were eliminated from Tokyo Olympics on Tuesday as they failed to qualify for the next rounds in their sports.

Mahoor Shahzad is a Pakistani badminton player and Haseeb Tariq is a swimmer.

This was the second consecutive defeat for Mahoor at the Olympics and led to her elimination from the race. She played two matches and lost both. In the first match, she was defeated by Japan’s Akane Yamaguchi.

However, it is worth mentioning that Mahoor was facing players ranked much higher than her.

Haseeb was contesting heats for men’s 100 metre freestyle swimming. He jumped in the pool for heat number 2 and finished with an individual timing of 53.81. He couldn’t improve his own personal best as he had aimed before the Games.

He finished 6th among eight swimmers in his heat while his overall position in the heats was 62nd out of 70 swimmers contesting.

He was 6.10 seconds behind the top ranked swimmer in the 100m freestyle heat while 5.37s behind the last swimmer to qualify for the semi-finals in the category.

Next time, Pakistan will be in action at the Olympics on Thursday when Judoka Shah Hussain Shah will take on Egypt’s Ramadan Darwaish in men’s 100kg round-of-32 bout.