India has put Pakistan in ‘a tight spot’ in the world: Modi 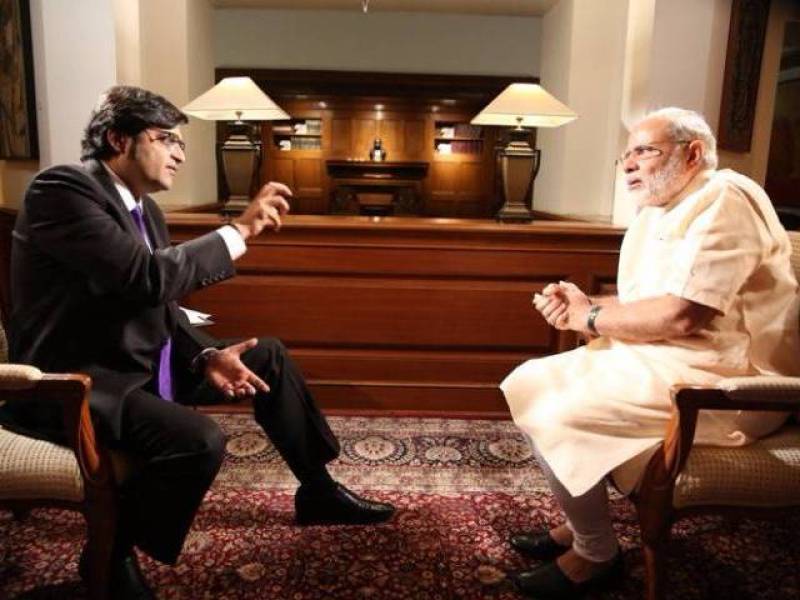 NEW DELHI: Indian Prime Minister Narendra Modi has stated that his government has put Pakistan in a tight spot, even while it is undertaking efforts for peace with its neighboring country.

At the same time, he said Indian forces at the boundary lines have “total freedom to answer back” in whatsoever way they have to.

In an interview with Times Now, PM Modi said: “Look there are different types of forces operating in Pakistan. But the government only engages with a democratically elected system. Our effort for that engagement is continuing. But our supreme objective is peace.”

“We seek friendly relations but without compromising on our interests. I have said that my country’s soldiers have full freedom to answer back in whatever manner they have to and they will keep doing that,” he said.

Responding to a question about the ‘red line’ for holding talks with Pakistan, he said, “The first thing is that with whom in Pakistan you will decide about the red line, with an elected government or with other actors. So India will have to be alert and conscious all the time. There should not be any laxity and negligence.”

Modi went on to say because of his consistent efforts, India no longer had to convince the world about its stand on terrorism.

“The world in one voice is praising India’s role. Pakistan is finding it difficult to answer. The world is watching. If we remain an obstacle then we will have to convince the world that we are not like this,” he said.