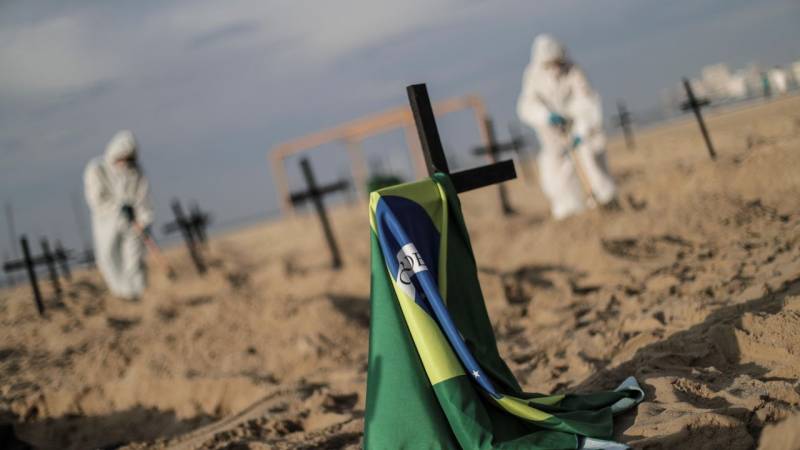 RIO DE JANEIRO – Brazil has reached a deal to produce up to 100 million doses of the coronavirus vaccine being developed by Oxford University, which the country is helping to test.

The vaccine, which Oxford is working on with pharmaceuticals group AstraZeneca, is one of the most promising of the dozens that researchers worldwide are racing to test and bring to market.

Under the $127-million deal, the Brazilian government's public-health institute, the Oswaldo Cruz Foundation (Fiocruz), will acquire the technology and supplies to produce the vaccine, which is being tested in Britain and South Africa, as well as Brazil.

Health Ministry executive secretary Elcio Franco says the deal would give Brazil a head-start if the vaccine proves effective and safe.

"The transfer of this technology will give us production autonomy," he told a news conference on Saturday.

The deal gives Brazil the right to produce an initial 30.4 million doses in December and January, while the vaccine is still in testing, for $127 million. That includes a $30-million fee for the rights to the vaccine technology and production process, officials said.

If the vaccine passes clinical testing, Brazil will then have the right to make a further 70 million doses, at an estimated cost of $2.30 each.

Brazil has the second-highest caseload and death toll worldwide after the United States, with more than 1.2 million people infected and 55,000 killed so far.