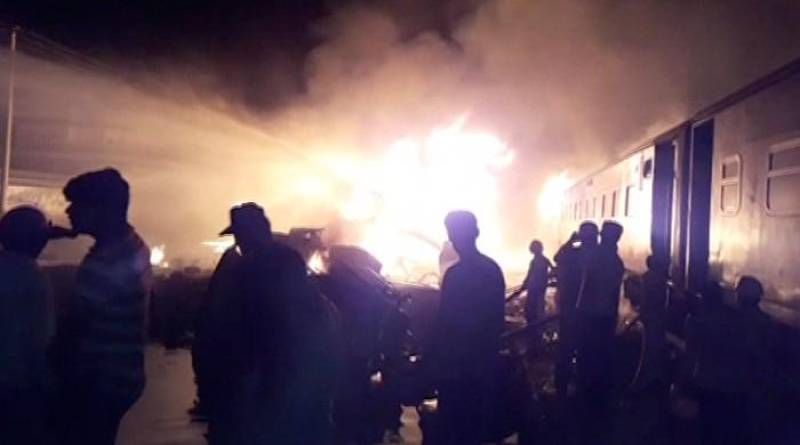 SHEIKHUPURA - At least two people were killed and several others injured as Shalimar Express - a Karachi-bound passenger train, collided with an oil tanker leading to a huge explosion in the wee hours of Tuesday, confirmed DCO Tariq Akram according to media reports.

According to initial reports, the incident occurred at around 11:20pm when Shalimar Express which was coming from Lahore hit a loaded oil tanker at a railway crossing, Haran Minar Phatak.

The injured have been shifted to the district headquarters hospital. 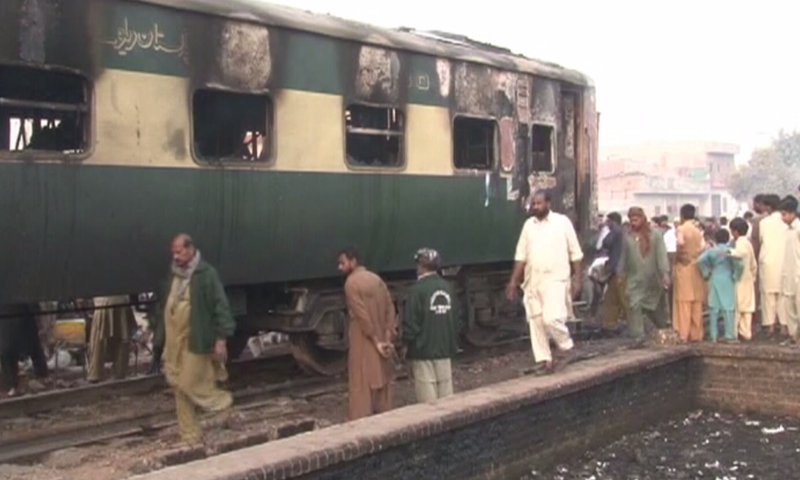 Seven carriages of the train caught fire after the collision. Firefighting services managed to extinguish the flames in two of the carriages, Dawn reported.

DCO Tariq Akram said that the oil tanker's breaks failed moments before the train collided with it, however DSP Khalid Gujjar claimed that "The accident happened as the railway crossing was ungated."

According to reports, the high tension wires near the station had also caught fire and the city had plunged into darkness. All the hospitals in Lahore and Sheikupura were put on high alert as the number of causalities was feared to mount.

According to media reports, Federal Railway Minister Khuwaja Saad Rafique has also confirmed that driver of the train has succumbed to his injuries.