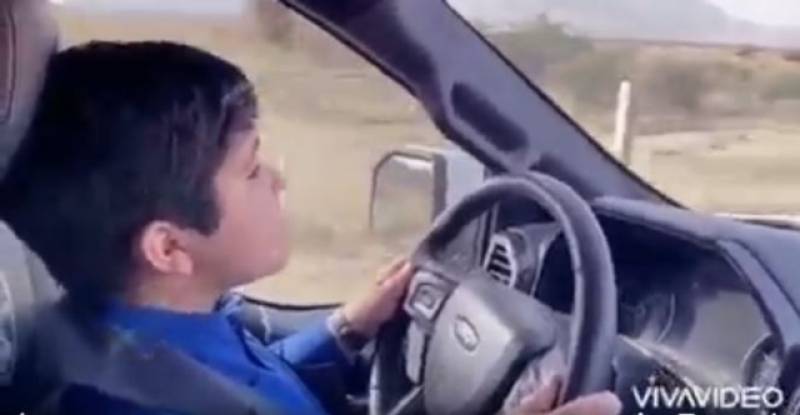 DERA ISMAIL KHAN – The 9-year-old son of Pakistan’s minister for Kashmir and Gilgit-Baltistan Ali Amin Gandapur took his father and two other men for a ride during the first Derajat off-road challenge on Saturday.

Gandapur recorded a shared a video of the underage driver, who appears to be following his father’s passion for rally racing, displaying ‘perfect’ control on steering as he races the vehicle. Gandapur, who appears happy to ride shotgun with his son and two people in the backseat, connected the risky ride to ‘Junoon’ – the ruling party’s slogan that its leaders synonymise with ‘Kaptaan’ Imran Khan’s resolve to stand fast against the corruption of the power elite.

The three-day Derajat off-road jeep race, which kicked off on Friday, is organised by the Tourism and Culture Department, Khyber Pakhtunkhwa.

Elaborate security arrangements are in place along the route while the race was allowed with the standard operating procedures and on submission of the Covid-19 negative test reports by the participants as per the decision of Covid Task Force, KPK.