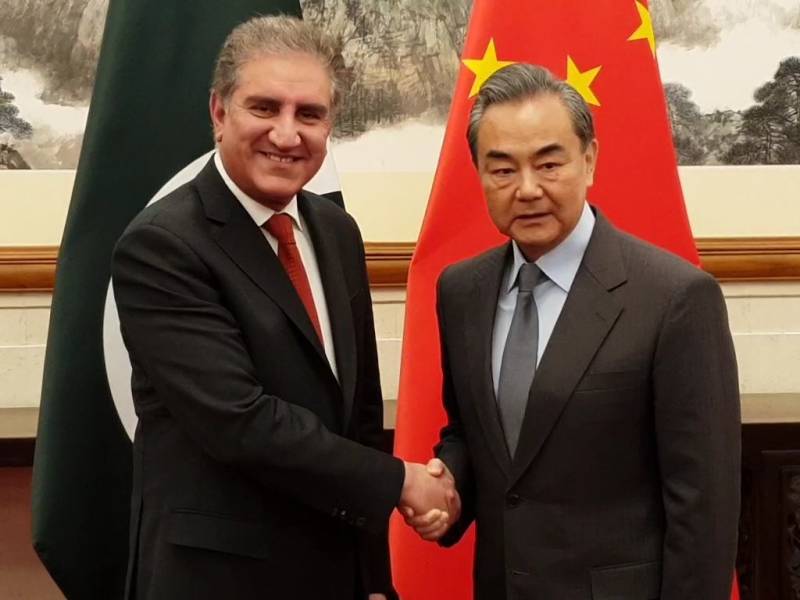 ISLAMABAD – Foreign Minister Shah Mahmood Qureshi on Tuesday left for China on a three-day visit to attend the third meeting of foreign ministers of neighbouring countries on Afghanistan.

Qureshi is visiting the neighbouring country at the invitation of State Councilor and Foreign Minister of China Wang Yi.

Besides attending the Neighbouring Countries Ministerial meeting, the Foreign Minister will interact with counterparts from participating countries.

It may be recalled that Pakistan had initiated the Neighbouring Countries format in September 2021 with a view to evolving a regional approach on the situation in Afghanistan.

Pakistan hosted the first meeting of the Foreign Ministers of Neighbouring Countries on 8 September 2021.

“Pakistan fully supports a regional approach on Afghanistan for promoting durable peace and stability in the region. Pakistan will continue to support the international community’s efforts to advance the shared objectives of a peaceful, stable, sovereign, prosperous and connected Afghanistan,” the Foreign Office said in a statement.

After completing the visit to China, the foreign minister will head to Moscow.

Qureshi’s visit is believed to be crucial in light of the current political crisis in the country and the Russia's war with Ukraine, while Sino-Pak officials will also exchange views on bilateral cooperation.

Experts say the foreign countries may help ease the political crisis as Imran Khan, faces a unified opposition coalition and a vote of no confidence in parliament. The current situation will also affect the country's democracy as political instability undermines public confidence.

In his historic speech from Parade Ground, Prime Minister Imran Khan claimed that the opposition's no-trust move is part of a ‘foreign-funded conspiracy’ hatched against PTI government over his refusal to have Pakistan's foreign policy be influenced from Western bloc.