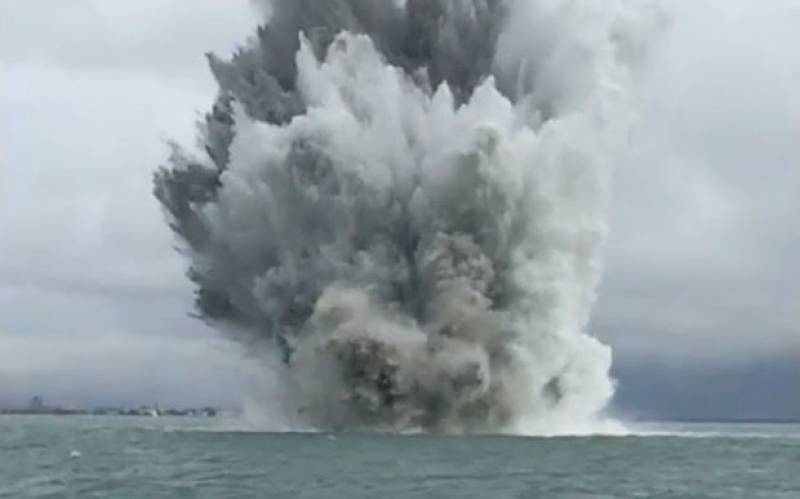 LONDON (Web Desk) - Royal Navy has released footage of the moment it blew up a 1,500lb German mine in the Solent.

The mine was reportedly found by a crane barge that was dredging the strait.

The device, which dated from the Second World War, was towed to open water before being detonated, The Telegraph reported.

The video of the explosion shows the power of the mine blowing up a plume of water high into the air.

These mines were laid in their thousands during WWII but are rarely encountered these days.

“The mine was in quite good condition, and they were engineered to a very high standard which is probably why it has stayed safe all these years.” Bomb disposal team leader told.