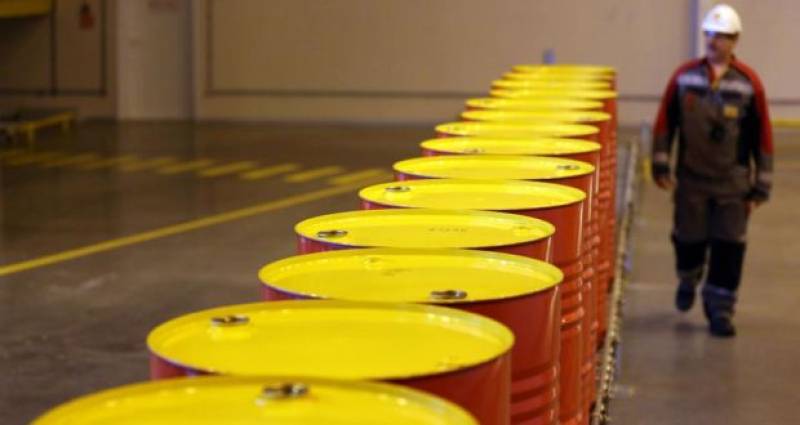 SINGAPORE (Web Desk/APP) - Oil prices extended losses in Asia Tuesday on expectations of a rise in US crude inventories and following forecasts that a global supply glut will persist into next year.

The US Energy Information Administration (EIA) will release Wednesday its weekly report on the country´s commercial crude inventories for the week ending October 23, which is seen as a gauge for demand in the world´s top oil consuming nation. Analysts expect another build-up, Geo News cited.

"There is a belief that US inventories are on the rise, which would prolong the global glut," he said.

"The EIA on Wednesday will provide colour to the view."

Both contracts were down on Monday after stretching losses into a second week on Friday.

The losses came after Fatih Birol, executive director of the International Energy Agency, said at an energy conference in Singapore on Monday that it saw "ample supply in the market" until mid-2016.

Prices fell to six-year lows in August but bounced back earlier this month to trade above $50, lifted by upbeat comments on the demand outlook from the head of the OPEC cartel of crude producers.

The rally however was not sustained as oversupply concerns resurfaced. Current price levels are more than 50 percent below peaks of more than $100 reached in June last year.