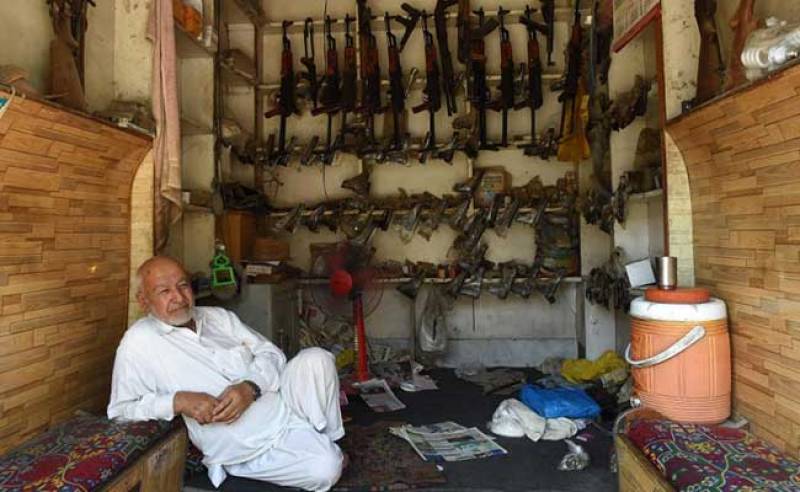 DARRA ADAMKHEL - Gunfire echoes through a dusty north-west tribal town, the soundtrack to Pakistan's biggest arms black market, where Kalashnikovs welded from scrap metal are cheaper than smartphones and traded on an industrial shell.

Darra Adam Khel, a town surrounded by hills, some 35 km (20 miles) south of the provincial capital of Khyber Pakhtunkhwa Peshawar, was a hub of criminal action for decades. People smugglers and drug runners were common and everything from stolen cars to fake university degrees was being sold here at a price, ARY reported.

This generations-old craft in the illicit gun trade boomed in the 1980s after the mujahideen began buying weapons for Afghanistan’s battle against the Soviets, over the porous border.

Subsequently, the town became a stronghold of the Pakistani Taliban, who imposed their strict rules and parallel system of justice. Polish engineer Piotr Stanczak was also infamously beheaded in Darra Adam Khel in 2009.

Now, Darra is clean of everything but the arms, yet the gunsmiths in the bazaar say the area has better security, while complain against the authorities who growing intolerance towards illegal weaponry is withering an industry that has supported them for decades.

Gul is known in Darra for his replicas of Turkish and Bulgarian-made MP5 submachine guns, one of the most popular weapons in the world, widely used by organisations such as America's FBI SWAT teams.

The MP5 can retail for thousands of dollars. Gul’s version, which comes with a one-year guarantee, costs approximately 7,000 rupees, or $67 and, he claims, it functions perfectly.

Gul then puts on a demonstration, test-firing his MP5 in the small outer yard of his workshop.

A Darra-made Kalashnikov, Gul says, can sell for as little as $125, cheaper than most smartphones. "The workers here are so skilled that they can copy any weapon they are shown," he explains.

In Gul's sweltering workshop, employees shout over the roar of electrical generators as they expertly cut and drill through metal brought from the shipyards of Karachi.