What Imran Khan has to say about alleged links with Taliban, other terrorist outfits 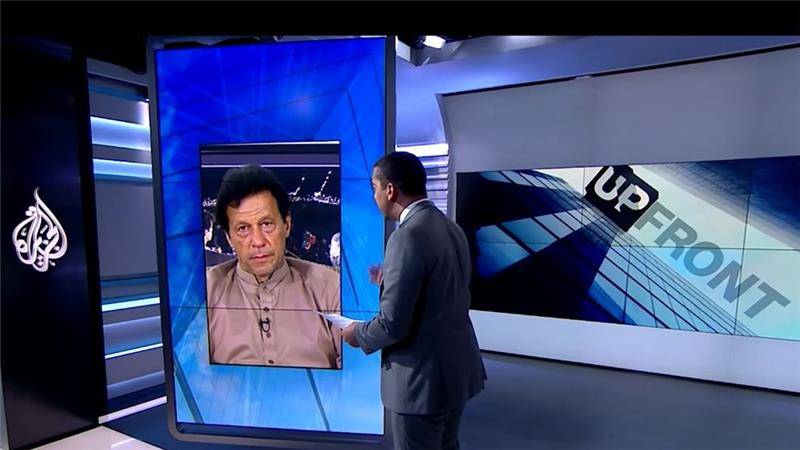 ISLAMABAD - Responding to the long-standing that he had sympathies for the Taliban, Pakistan Tehreek-e-Insaf (PTI) chairman Imran Khan said on Wednesday that he considered the militant outfit to be terrorists and rubbished rumors of him supporting extremism and militant groups.

“This is absolute nonsense. It’s just not true,” he said in an interview with Al Jazeera English’s current affairs show, UpFront. “All you have to do is look at my statements for the past 10 years.”

Within this context, Imran was also asked if he views the Taliban as a ‘terrorist’ group. “Yes they are,” he replied. “Anyone who kills innocent people are terrorists.”

The PTI chief also responded to charges by the late president of Pakistan Asif Ali Zardari that his large financial donations to Darul Uloom Haqqania, a school recognized for educating Taliban fighters, was evidence that he supported extremism.

Imran further added that Zardari’s comments were ‘like so many of the Muslim corrupt rulers, ex-rulers, trying to win Western support by saying how liberal they are and how anti-Taliban they are.’