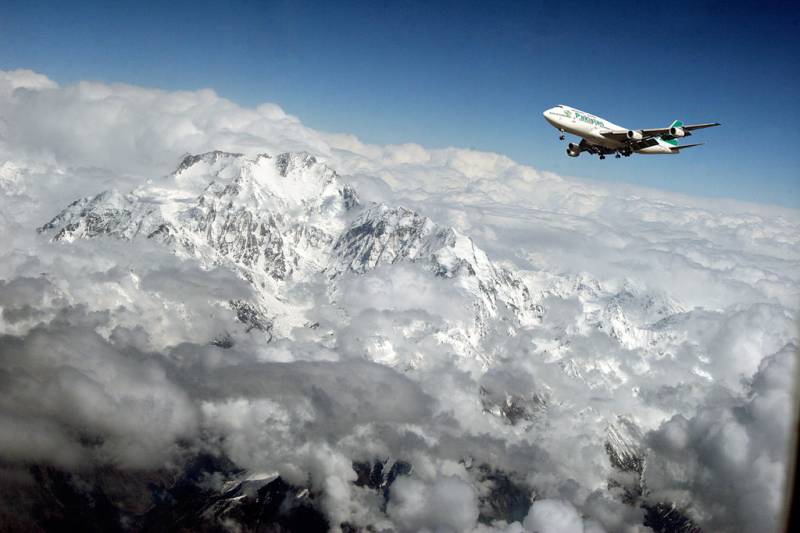 KARACHI - Pakistan International Airlines (PIA) has decided to shut down its planned commercial launch of the Air Safari flight, dealing a blow for passengers looking to travel to the country’s northern heaven.

The inaugural flight of Air Safari flew from Islamabad to Skardu a few days ago, reportedly carrying PIA officers, their relatives and friends. Around 70 free-of-cost tickets were issued for the flight with only taxes being applicable on passengers, including Civil Aviation Authority (CAA) Director General Hassan Baig.

The Air Safari, which was being launched after two decades, was meant to cater to rising tourism in the country as Pakistan tackled terrorism and improved the security situation in the country.

It was poised to provide the tourists an opportunity to visit the 'Roof of the World', where majestic peaks of K2, Nanga Parbat, the world famous Concordia and Baltoro glacier can be viewed from the comfort of B737 Aircraft. The flight was supposed to originate from Islamabad and return back to Islamabad after 01-40 mints.

PIA spokesperson Mashhood Tajwar said the launch has been suspended for an indefinite time period due to operational difficulties.

Recently, a video of an altercation between passengers and CAA also surfaced on social media, highlighting management issues with the Air Safari.

Media reports suggest during the planning of Air Safari, a feasibility study must have been prepared, and a huge sum of money on flight operations and advertising the service was spent.

It is believed that mismanagement and hastiness appear to be the reasons for the failure of relaunching Air Safari.