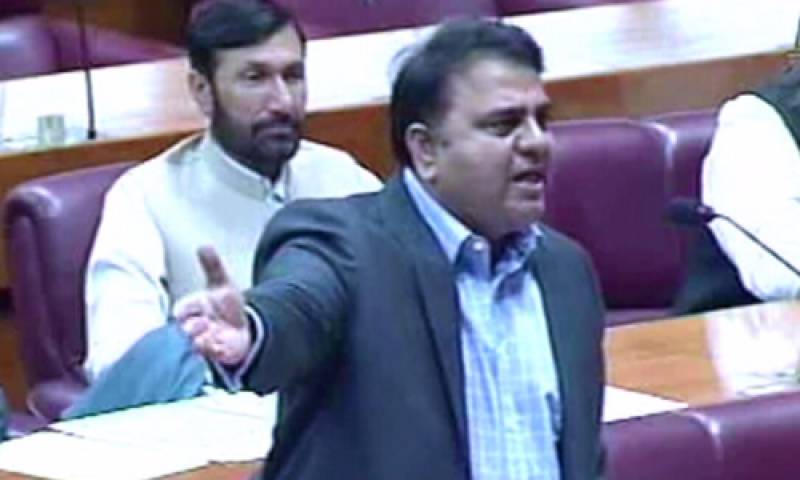 In his speech in the National Assembly on Monday, Fawad said the Associated Press of Pakistan (APP) would be transformed into a news agency like AFP or Reuters. "The third reform will be the digitalisation of Radio Pakistan," he said.

Fawad said the Information Ministry in the past was employing only ruling party’s voters. “In the last 10 years, PTV hired 2,200 people on daily wages without any test or evaluation."

He said the government was working on the security of journalists. In Pakistan, the highest number of attacks on journalists were reported in the PPP government, he said. At least 32 journalists died in 39 attacks, he said. Fourteen journalists lost their lives in the PML-N rule, he said. “Ever since we have come to power, eight attacks have taken place,” he said.

The difference to be noted here is that during the PTI government, all the attacks were investigated and the culprits were punished, Fawad claimed.

“Two attacks remained uninvestigated that were reported from Sukkur and Naushero Feroze,” the minister pointed out. “We want the Sindh government to see what happened there because we are facing embarrassment in the international community because of their inefficiency.”

About the Pakistan Media Development Authority Ordinance, he said that PML-N leader Marriyum Aurangzeb ran a campaign against it. “It was later proven that no such law has been passed. It was all fake news.” So, as a member of the National Assembly and as a highly respectable politician, she should have had a big heart and apologised to the government.

“We have made our journalists a part of the Successful Youth programme and will include them in the PM’s housing initiative too.”

The minister pointed out that Afghanistan and India were running a propaganda campaign against Pakistan.

“Do you think this is happening for free? No,” he pointed out in a speech on Monday. “Each and every word is paid for and some of our naïve friends are a part of this campaign.”

Fake news is tweeted from some regions of India and then boosted by Afghanistan.

“When TLP protests occurred, in 3.5 minutes more than 300,000 tweets were posted from an IT centre in India’s Ahmedabad. You can guess the sort of war we are facing,” Fawad said.

Do you think all these essays on freedom of expression in American news are being published without any cost? he asked.

“No. Every word has a price and we know who's paying it,” the minister said, emphasising that the opposition should be unanimous on issues related to Pakistan’s interest. “We should not use international establishments for small political benefits. We should not play in the hands of our enemies for these temporary gains.