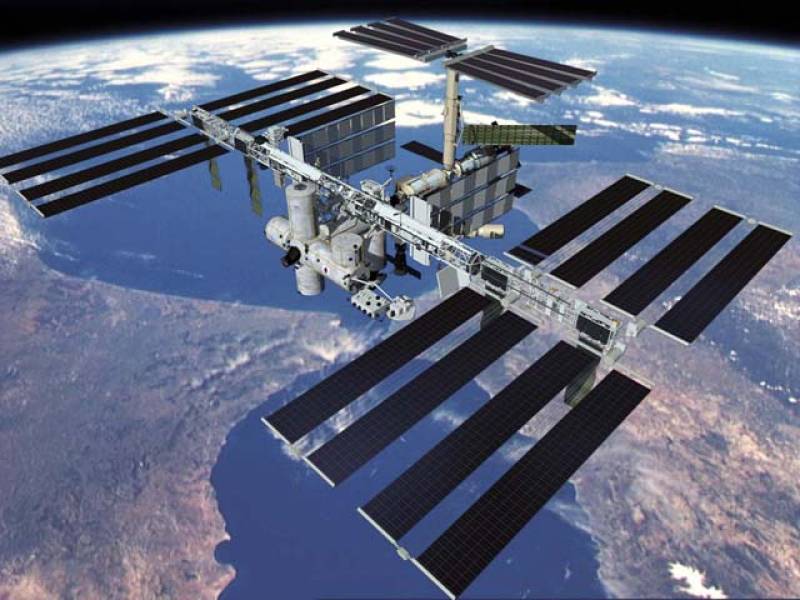 MOSCOW (Web Desk/Agencies) - Russia announced Saturday initial plans to build a new orbital space station together with NASA to replace the International Space Station (ISS), which is set to operate until 2024.

Russia and NASA recently agreed to keep operating and financing the ISS until 2024, but future joint space projects have remained in doubt, as relations between Russia and the US have plunged to post-Cold War lows over the Ukraine conflict.

"Roscosmos together with NASA will work on the programme of a future orbital station," the head of Russia's Roscosmos space agency, Igor Komarov said, quoted by Interfax news agency.

Komarov made the announcement flanked by NASA administrator Charles Bolden at Russia's Baikonur launchpad in Kazakhstan.

"We agreed that the group of countries taking part in the ISS project will work on the future project of a new orbital station," Komarov said.

The Russian space chief said that the project to build the new station would be "open" and could include countries that are not currently involved in the ISS.

"The first step is that the ISS will operate until 2024," he added. Russia had threatened to pull out in 2020 but said earlier this year it would keep up its role until 2024.

Roscosmos and NASA "do not rule out that the station's flight could be extended," Komarov added.

"Its term of existence will depend on the implementation of our joint projects," Komarov said.

Russia had said earlier this year it planned to create its own space station after 2024 using its modules from the ISS after it is mothballed.

"The Russian government will study the results of the talks between Roscosmos and NASA. The decisions will be taken later," Rogozin wrote on Twitter.

Late yesterday, a spacecraft launched successfully carrying Russian and US astronauts to the ISS, two of whom will spend a historic year-long term on board in an experiment to study the physical effects of long-duration space missions.