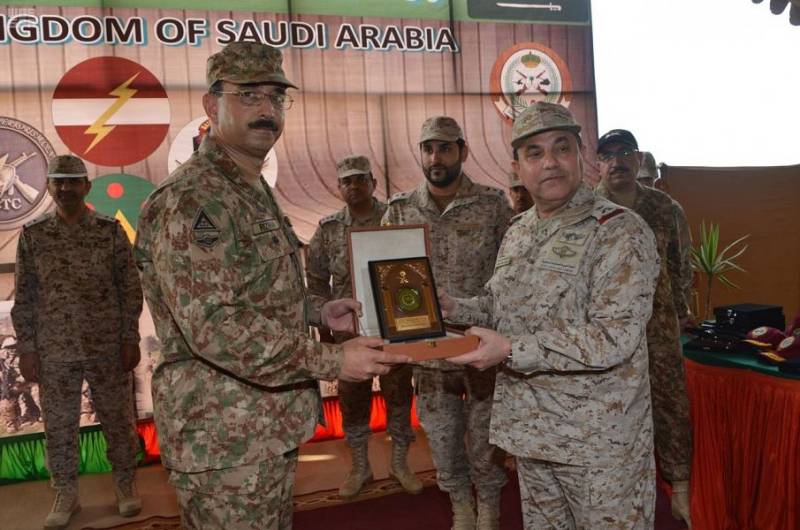 ISLAMABAD – A joint military drill, Al-Samsan 6, held by Saudi Royal Land Forces and the Pakistan Army was concluded on Friday after three weeks in Pakistan.

Al-Samsam 6 was aimed at boosting combat ability and professionalism by strengthening the concept of command and control, hitting targets with high precision and joint harmony between the two parties.

According to the media outlet, the set goals of the exercise have been secured successfully, in the presence of the Commanding officer of the 30th Corps of the Pakistani Army Lt. Gen. Akram Al Haq, the Deputy Commander of Saudi Royal Land Forces Maj. Gen. Ahmed bin Abdul Rahman Al-Shihri and other senior commanding officers of the military.

Speaking at the occasion, Maj. Gen. Al-Shihri expressed gratitude to the Pakistani government and military for hospitality and good reception of Saudi army personnel, who took part in the drill. He also commended all officers for becoming part of the exercise.

Brig. Gen Mohammed bin Abdullah Al-Buqmmi, commanding officer of the exercise, while addressing the gathering said "main quality of the drills were characterized by seriousness and integration, in command and control, standardization of common military concepts and terminology and implementation of professional training stages between the units".

Pakistan had taken part in various exercises in the past 24 months, among them Red Flag and Anatolian Eagle, among others.