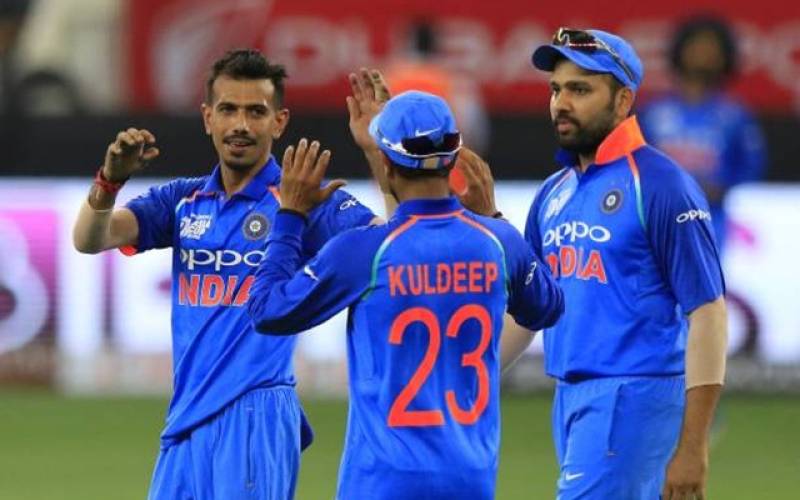 DUBAI -  India have won the Asia Cup 2018. It’s their 7th title. Kuldeep and Jadhav see India through. Indian bowlers dismissed Bangladesh for 222 in 48.3 overs. Kuldeep Yadav was the star of the show for India as he picked up three wickets while Liton Das slammed his maiden century for Bangladesh. Earlier, Rohit Sharma won the toss and opted to bowl first in the final. India are gunning for their seventh Asia Cup title while Bangladesh are looking for their maiden title.

Shikhar Dhawan was the first depart after scoring 15 runs off 14 balls. The next to leave the crease was Ambati Rayudu. The Indian score was 46 on his wicket.

Skipper Rohit Sharma played a fiery knock of 48 off 55 balls, with three boundaries and three sixes on a strike rate of 87.27.

Mahmudullah dismissed Karthik (37) on a full toss delivery. He was looking forward to flick from middle stump and but couldn't connect, Mahmudullah took an easy catch.

And that's a wrap of the Bangladesh innings. #TeamIndia require 223 to win the #AsiaCup #INDvBAN pic.twitter.com/lQSQZnqSLV

India is the only unbeaten side in the competition so far. They started their group stage with a nervy 26-run win over Hong Kong and trounced arch-rivals Pakistan by eight wickets. 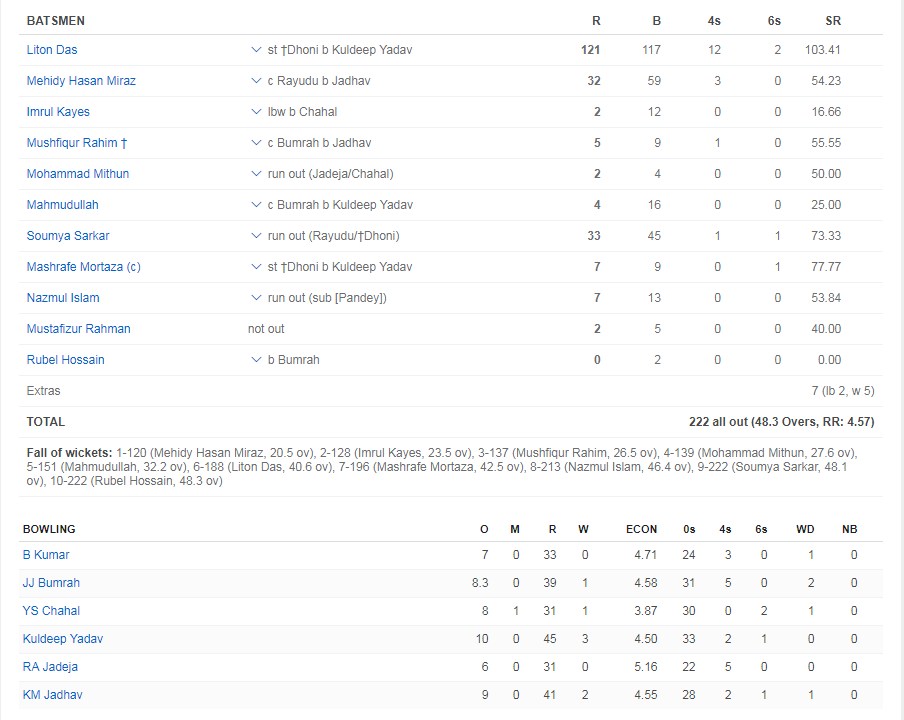