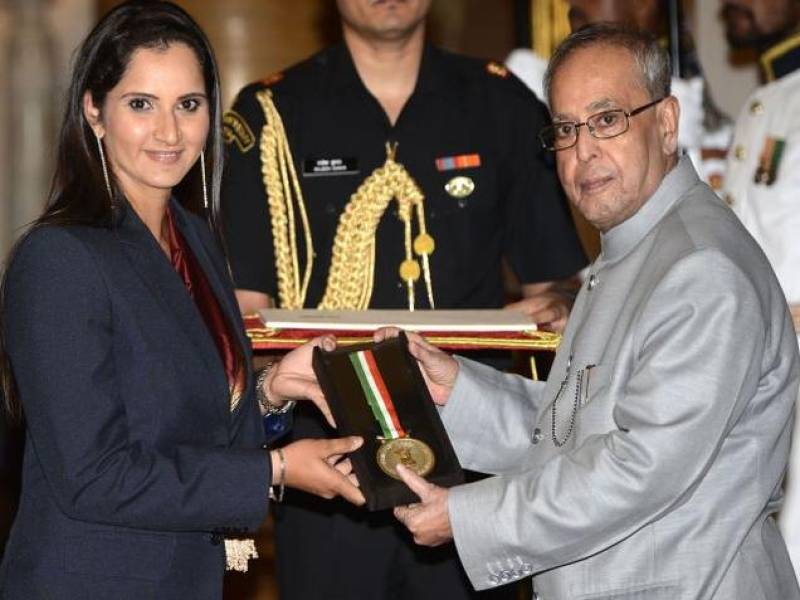 Indian President Pranab Mukherjee presented the award to Sania, clad in a maroon saree and blue blazer, amid thunderous applause at the Darbar hall where sports minister Sarbananda Sonowal was among the attendees.

Sania became the second tennis player to receive the country's highest sporting honour after Leander Paes on a day when sports ministry was fighting a court case that raised questions against its process of selecting the awardees.

Sania, who attracted the loudest applause from the esteemed gathering at the Rashtrapati Bhavan, received a medal, certificate and cash prize of Rs. 7.5 lakh. She had flown in just to receive the award ahead of the US Open starting in New York on Monday.