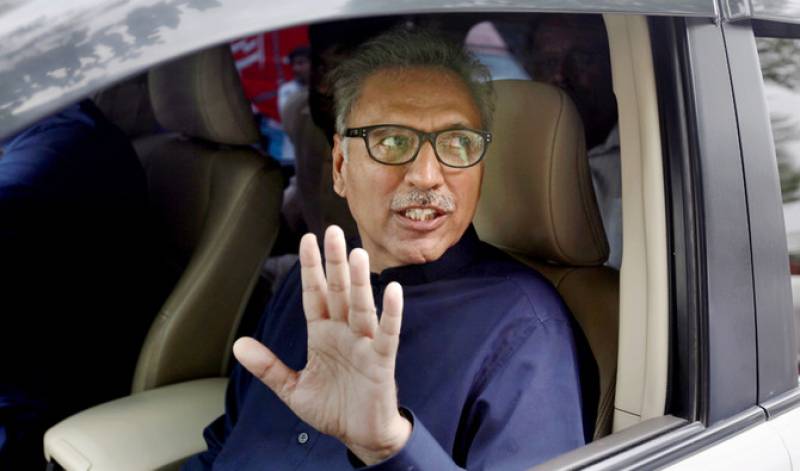 KARACHI - President Dr Arif Alvi apologized on Saturday for disrupting the normalcy in the area close to his home owing to security and protocol concerns.

The president took to Twitter and expressed that as he had to offer Jummah prayer at a mosque, people were lined up outside the place, claiming that he had no idea this was happening.

I have seen images of security lines outside my mosque at Jum'ah because I was going to pray there. I had no idea this was happening. My apologies to my neighbors.
ایسی نماز کا ثواب بھی ختم ہو جاتا ہوگا
جس سے لوگوں کو تکلیف پہونچے https://t.co/IPOqCsAfim

The president himself exclaimed that such prayers which disturb others 'would not be rewarded' as well.

The president was replying to a tweet by his son Awab, who claimed that the citizens and neighbours face repercussions owing to security but hastened to add that they will improve and manage the situation.

The response came after pictures emerged on social media of prayer-goers lined outside the mosque in Karachi, many of whom fired a broadside at the ruling regime for disrupting their routine and obstructing their religious obligation.

President Alvi has been cautious of protocol and has repeatedly expressed that he was not in favour of moving along with a bunch of cars.

Last month, he refused to leave Lahore airport until a 32-vehicle security protocol assigned to escort him left the premises.

My continuous struggle to keep security but reduce protocol that inconveniences people. Am at Lahore airport and there are 32 cars to escort me waiting outside. Will wait until they are sent away before I move out