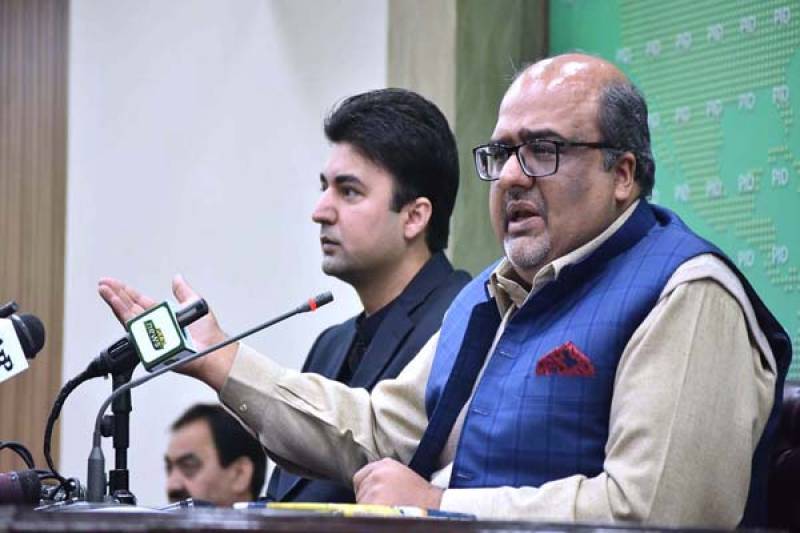 Brushing aside the Opposition’s impression that the promulgation of the Ordinance has stopped the accountability process, Shahzad Akbar, flanked by Minister for Communication and Postal Services Murad Saeed, told the media that elimination of corruption would remain the jurisdiction of NAB, which had already been mandated to stop corruption and not reform the institutions.

“Committing mere procedural lapses were not enough for framing NAB cases but the accused must have gotten personal gains in it. Defense mechanisms must be available to a person on NAB radar who decided anything in the good faith. A person must not be nabbed due to his decision only; there must be evidence of some benefits or kickbacks through unfair means for framing the cases against him.”

He said that the government would lay the promulgated ordinance in the upcoming sitting of the National Assembly. The government was ready to accommodate positive suggestions of the Opposition. However the accountability of corrupt elements would be continued, he expressed. The economy was in shambles and now it was out of it and moving towards growth, he said adding that incumbent government was working hard to make Federal Investigation Agency (FIA) an effective institution.

He said that no one in the government would be able to get personal benefits from the new NAB Ordinance.

Shahzad Akbar said matters pertaining to federal or provincial taxation, levies or imposts will not fall under the ambit of NAB and such cases will be handled by the Federal Board of Revenue (FBR).

Similarly, the watchdog will not scrutinize any person or entity, or transaction in relation thereto, who or which is not directly or indirectly connected with a holder of public office.

NAB laws were framed in the past to save their skin, he said adding now the country has come into taking off stage and institutions were being strengthened. Right now, the restoration of the credibility of institutions, vitiated by the past governments, was most important, after economic revival and NAB was most important among them.