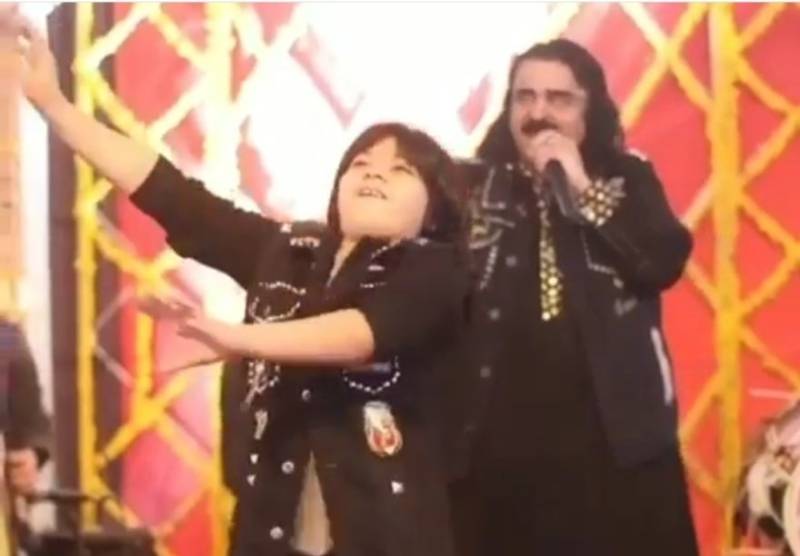 Popular Punjabi folk singer Arif Lohar's young and cute son is making waves on social media after showing some power-packed performances on stage with his father.

In the latest video shared via Instagram, young Ali Lohar is seen singing and dancing alongside his father Arif Lohar on the stage. The video, now going viral on social media, shows how confidently and effortlessly the younger Lohar is performing.

It seems that talent runs in their blood. Folk singer Arif Lohar has been performing in his unique style for decades. His father Alam Lohar was a great singer of the subcontinent and his songs were truly hit in Pakistan and India.