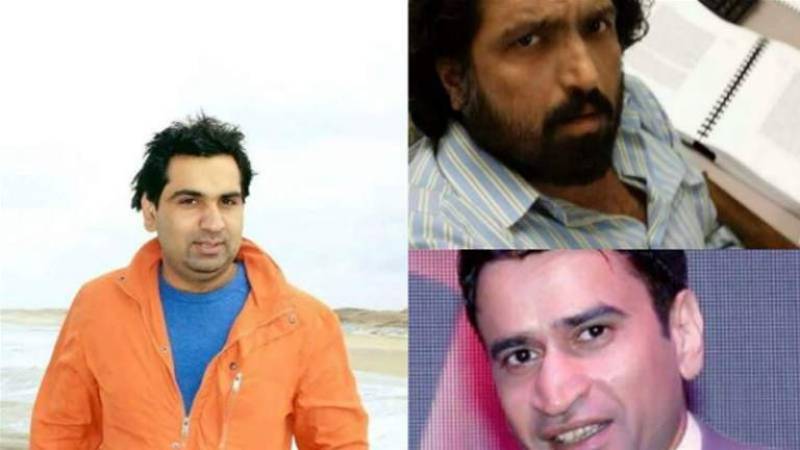 KARACHI - Family of the activist who went missing earlier this month, have been allegedly threatened by Lashkar-e-Jhangvi, a banned Jihadist militant group.

The family of one of the activists who returned home safely on Saturday after mysteriously disappearing earlier this month, allegedly received death threats by Lashkar-e-Jhangvi via a text message for allegedly being 'apostate' and 'blasphemer.'

The text message warns the family of facing 'exemplary' and 'admonitory' consequences for allegedly committing blasphemy.

Talking to Daily Pakistan, rights activist and lawyer Jibran Nasir, who has been speaking out against alleged enforced disappearances and baseless allegations of blasphemy against the activists, said he has notified the investigation officer in the FIR he has registered against the Bol television network and anchor Aamir Liaquat "who ran the malicious and life endangering campaign against citizens, falsely accusing them of blasphemy."

Nasir said that the threats are the outcome of the vilification campaign by certain journalists.

"This happens when the privileges of a noble profession like journalism are abused, this is what happens when anchors become judge, jury and executioner and TV becomes a tool for murder as aptly described by senior journalist Wusatullah Khan," Nasir said. "This is how hate speech corrupts and manipulates society," he added.

Nasir went on to say that the protection of citizens is the responsibility of the State. "The onus is on them to protect and my responsibility is to carry on my work which I will at any cost."

Nasir said he hopes that PEMRA, PBA, CPNE and the various councils of journalists will speak against this blatant disregard for laws and ethics.

In his FIR, Nasir stated that the anchor and channel were spreading religious hate-mongering and threatening the lives of certain journalists and activists.

Nasir stated that Amir Liaquat, on his show, had without any evidence accused him of being an atheist, a traitor who is an Indian Agent and is working against Pakistan and Pakistan Army, a blasphemer who insults and runs propaganda against Allah, the Holy Quran and the Holy Prophet (S.A.W).

“Similar allegations have been levelled against Salman Haider, Ahmed Waqas Goraya, Asim Saeed and Ahmed Raza Naseer, those citizens who have been recently abducted from Islamabad and various cities of Punjab,” he added.

Earlier this month, Jibran Nasir also moved the media watchdog against the TV presenter, who is also a former member of Karachi’s MQM party. In his complaint letter to Pemra, Jibran stated the anchor of BOL Network had started a “malicious, defamatory and life-endangering campaign” against him and the bloggers who went missing between January 4 to 8.

Earlier, In his petition to the chief justice of Pakistan Jibran had stated that “the page called Pakistan Defence which has a following of more than 7 million has accused these activists of blasphemy against the Quran and the Holy Prophet.”

Jibran also urged the government to arrest the admins of ‘Pakistan Defence’, a Facebook forum which claims to be the “internet’s most authoritative source for news and discussions on Pakistan military.”

Jibran Nasir said that “all we know is that bloggers and social media activists are missing and the page called Bhensa was running blasphemous content.”

“Now why are the missing activists being associated with Bhensa? What proof is there of this association? How did Pakistan Defence page get this intelligence? Does the page know who abducted these activists?” Jibran added.

Aamir Liaquat’s tirade against the activists and journalists began in the wake of protests and social media campaign against the alleged ‘enforced disappearances’ of social media activists. The anchor hurled baseless accusations against activists for being atheists, “infidels”, “anti-Islam”, “anti-Pakistan” and “RAW agents”. 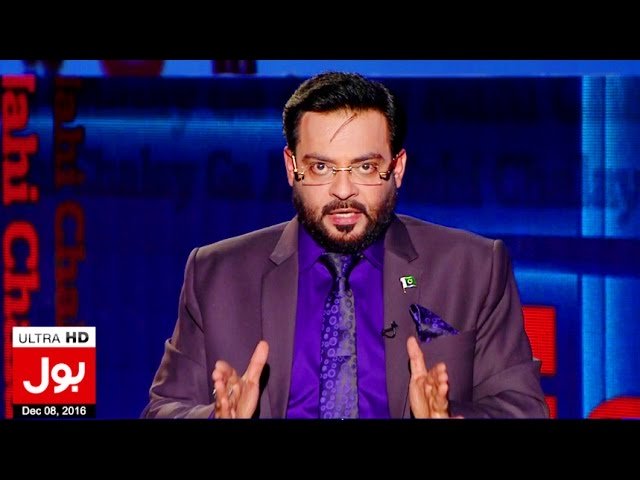 An application for registering a blasphemy case against the four missing activists under the section 295-C was also filed in federal capital’s I-9 police station.

The application submitted by Muhammad Tahir, the chairman of “Civil Society of Pakistan,” alleged that the missing activists including Salman Haider and Waqas Goraya had been hosting Facebook pages with inflammatory and blasphemous content.

A controversial cleric from Islamabad has also decried the Pemra's decision to ban Aamir Liaquat.

In a statement, Lal Masjid’s Shuhada Foundation said that the action by the Pemra was a move to please the enemies of Islam, the country and the armed forces, saying the decision had hurt the sentiments of Muslims.