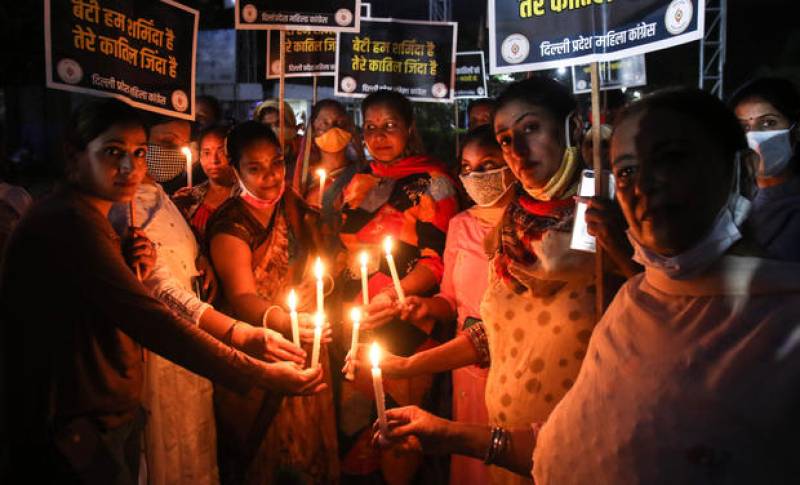 NEW DELHI — Indian police have arrested 11 people, including nine women, after brutal gang rape and torture of a young woman.

The woman was also paraded through the streets and humiliated.

The woman, 20, was allegedly abducted and raped by a group of men in a revenge attack. The victim's head was shaved, face blackened, and a garland of shoes put around her neck as she was hit and paraded through the streets in East Delhi. Video of that part of the abuse went viral, causing widespread outrage.

It shows a group of women forcing the victim to walk and hitting her while onlookers cheer. The victim's family has said her attackers are connected to a family in which a teenage boy died by suicide last November. They say the boy was stalking and pursuing the victim for a long time but when his advances were rejected, he took his life.

The woman is married and has a 3-year-old son.