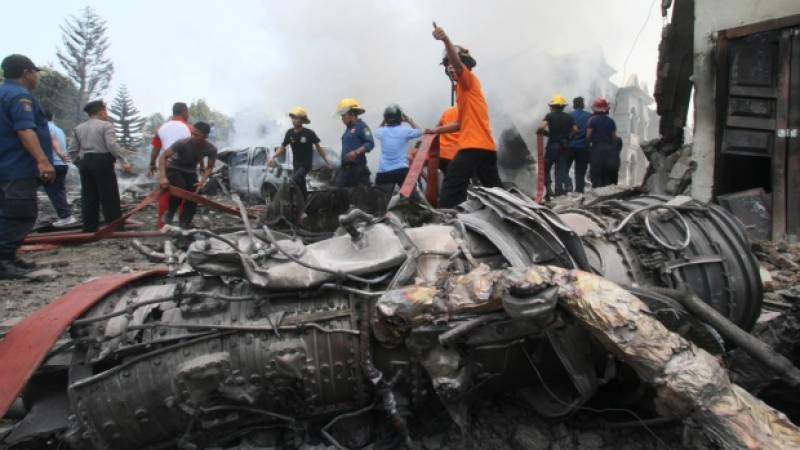 MEDAN (Web Desk) - At least one hundred and ten  people have been killed in a military transport plane crash in a residential area of the Indonesian city of Medan, CNN reported.

Local TV reported that the Hercules crashed into two houses and a car and burst into flames.

In initial statement, military spokesman Fuad Basya told the BBC that the plane came down soon after take-off and that there were at least 12 crew members on board. 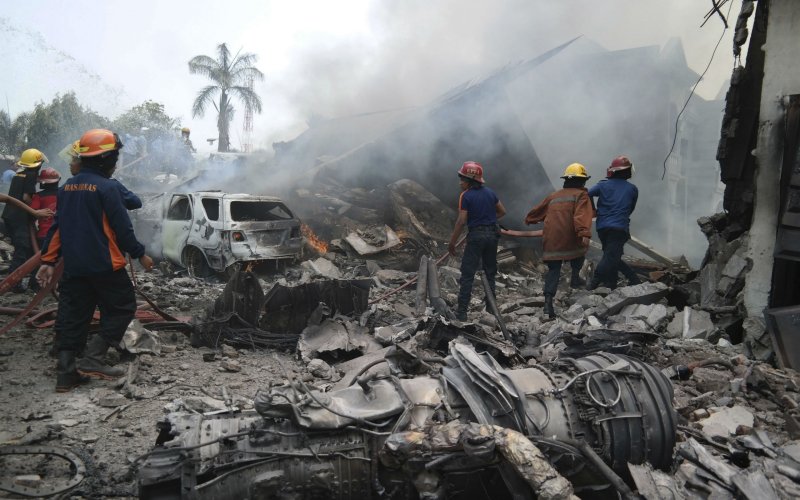 Officials say that bodies were recovered from the plane wreckage.

A major rescue operation is under way at the crash site which is still covered in flames and thick black smoke.

Large crowds are watching the emergency services search the flaming wreckage, with the fuselage of the aircraft visible through the thick plumes of smoke. Buildings in the area of the crash were clearly damaged.

"I saw the plane from the direction of the airport and it was tilting already, then I saw smoke billowing," a local resident told the AFP news agency.

Correspondents say that it is the second time in 10 years that a plane has crashed into the Medan neighbourhood. 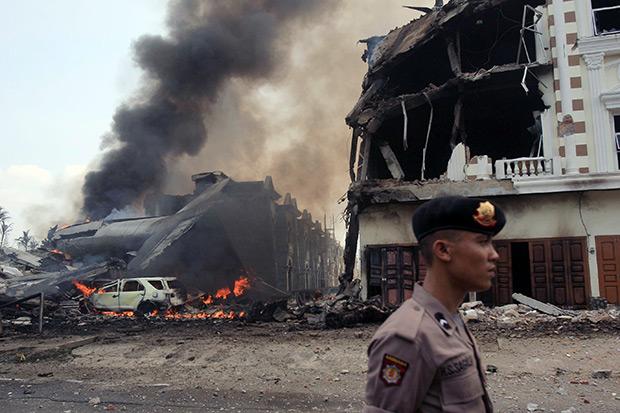 In September 2005, a Boeing 737 came down in a crowded residential area shortly after take-off from Medan's Polonia airport, killing 143 people including 30 on the ground.

The latest crash in Medan is the third involving military aircraft since 2009.

In 2012 nine people were killed after an Indonesian air force plane crashed into a housing complex in the east of the capital, Jakarta.

And in 2009 an Indonesian military transport plane carrying troops and their families crashed on the island of Java, killing 98 people.