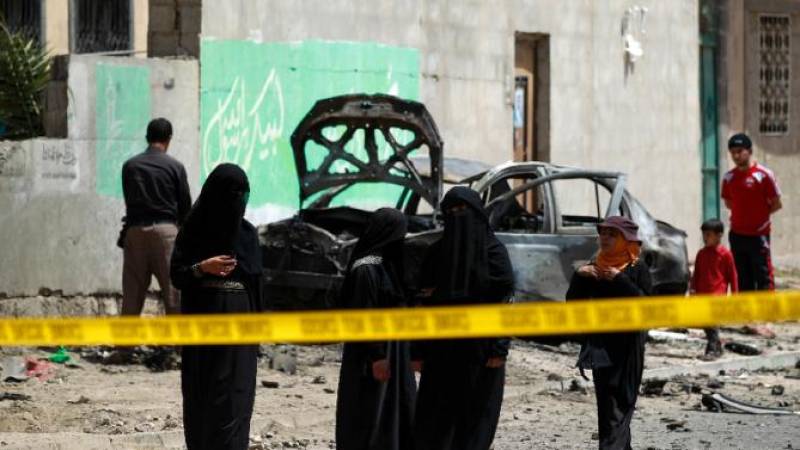 SANAA (Web Desk) - The Islamic State (IS) militant group say its Yemeni affiliate carried out a car-bomb attack at a funeral attended by Houthis in the capital on Monday night, which medics say killed at least 28 people, including eight women.

It is the latest attack by IS against Houthis in Yemen, where the terrorist group declared its presence in November.

A Saudi-led coalition launched air strikes in March, claiming to target Houthi positions. The strikes have had a devastating impact on civilians.

In a separate development on Monday, the rebels said in a statement that they had launched a Scud missile across the border at a Saudi military base. They said the missile was fired "in response to the crimes of the brutal Saudi aggression".

If confirmed, it would be the second such attack since fighting began, the BBC reported.

A Scud missile fired from Yemen earlier this month was shot down by Saudi Arabia before it could reach its target.

Monday's car-bomb attack appears to have targeted a funeral attended by two brothers who are leaders in the Houthi rebel movement. 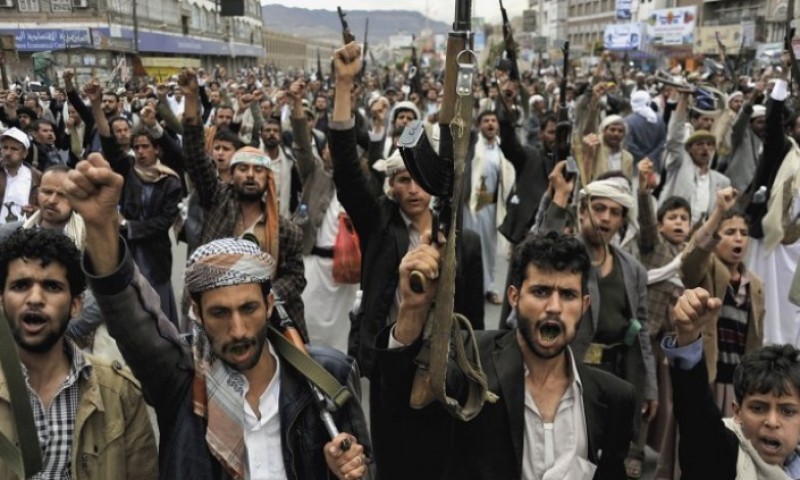 An earlier report by Reuters news agency said 28 people were injured in the blast, including 12 women.

IS posted a statement online saying its Yemeni affiliate was behind the attack. The group, which marked the first anniversary of the declaration of its “caliphate” in Iraq and Syria on Monday, has been ramping up its deadly attacks in Yemen since March.

Separately on Monday, UN Secretary General Ban Ki-moon called for a full investigation after a Saudi-led coalition air strike hit a UN compound in the southern city of Aden on Sunday, injuring one guard.

Three months ago, a coalition led by Saudi Arabia began targeting the rebels with air strikes. Since then, well over 2,000 people have been killed in the conflict, including at least 1,400 civilians, according to the UN.