8 things you may not know about 'Tryion Lannister' 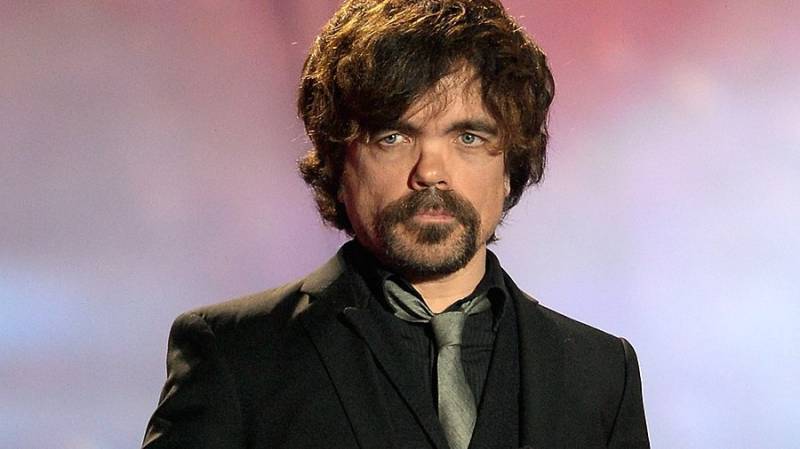 LOS ANGELES (Web Desk) - We all know him as Tyrion Lannister from “Games of Thrones”, a popular HBO series, but there is lot more about Peter Dinklage which is still unknown to many of us.

Growing up in Brookside, New Jersey, Dinklage didn't watch much TV until he and his brother discovered a black-and-white set their parents had hidden in their room.

Now he is part of the beloved HBO series, playing a welcome source of kindness and wit in an otherwise brutal world. But Tyrion is also super rad IRL.

And while his height - Dinklage stands at 4-foot-5 - naturally inspires curiosity, Dinklage seems to wish it wouldn't.

"Too many people treat me with kid gloves - I don't like that," he once told PBS. But now, he quipped to Jon Stewart after his breakout role in 2003's "The Station Agent," he can blame any unusual reactions that his appearance elicits from strangers on his celebrity status.

"Well, they obviously saw the movie!" he said with faux swagger.

Here are eight things you may not know about Tyrion Dinklage:

2. Dinklage was in a "punk-funk-rap" band called Whizzy that played CBGB in the '90s. 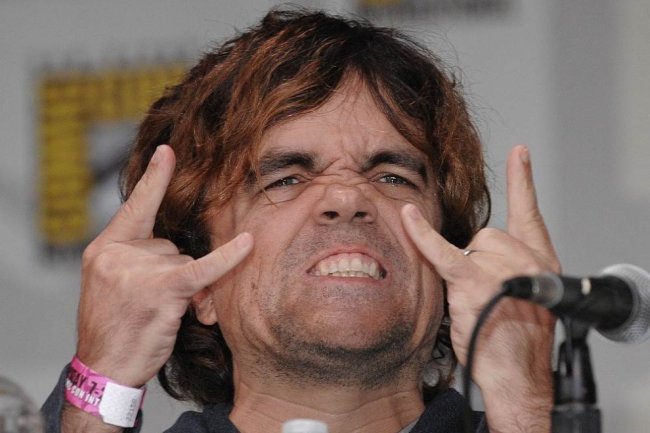 And it gave him a scar not too far off from the one he got in Season 2 of "Game of Thrones." Jumping around onstage at the now-shuttered New York City dive, Dinklage got kicked in the face. As he told Playboy in a 2013 interview:

"I was like Sid Vicious, just bleeding all over the stage. Blood was going everywhere. I just grabbed a dirty bar napkin and dabbed my head and went on with the show. We didn’t care much at the time about personal safety. We were smoking and drinking during our shows, and one time my bass player fell off the back of his amp because he passed out. It was one of those bands." 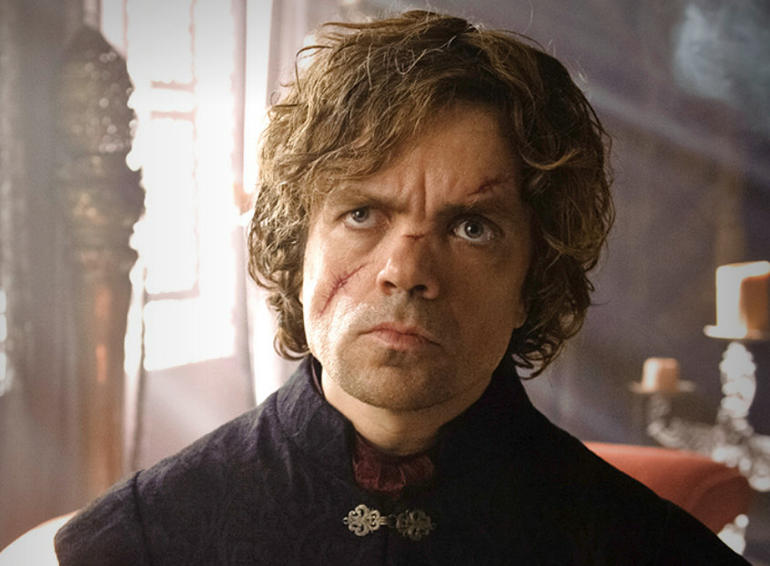 One of those bands that friends showed up to "politely" support, according to writer Marc Spitz in his memoir, Poseur, as its frontman "played the trumpet, rapped, and chanted while a bunch of beardos made a racket behind him."

Here's to hoping Tyrion Lannister has a chance to show off some latent musical abilities next season.

3. This was Dinklage's high-school yearbook photo: 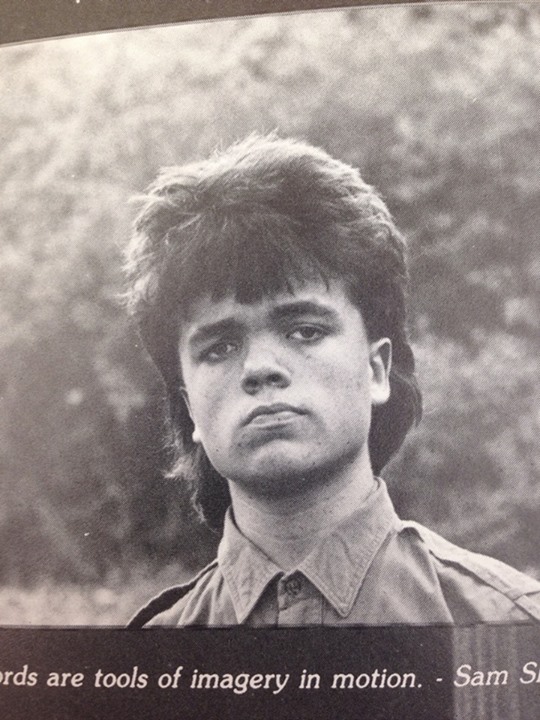 The quote, cut off here, is one by playwright Sam Shepard: "Words are tools of imagery in motion." BUT LOOK AT THAT MULLET.

4. Dinklage lived in an unheated Brooklyn apartment with friend Ian Bell while trying to make it as an actor in the '90s. 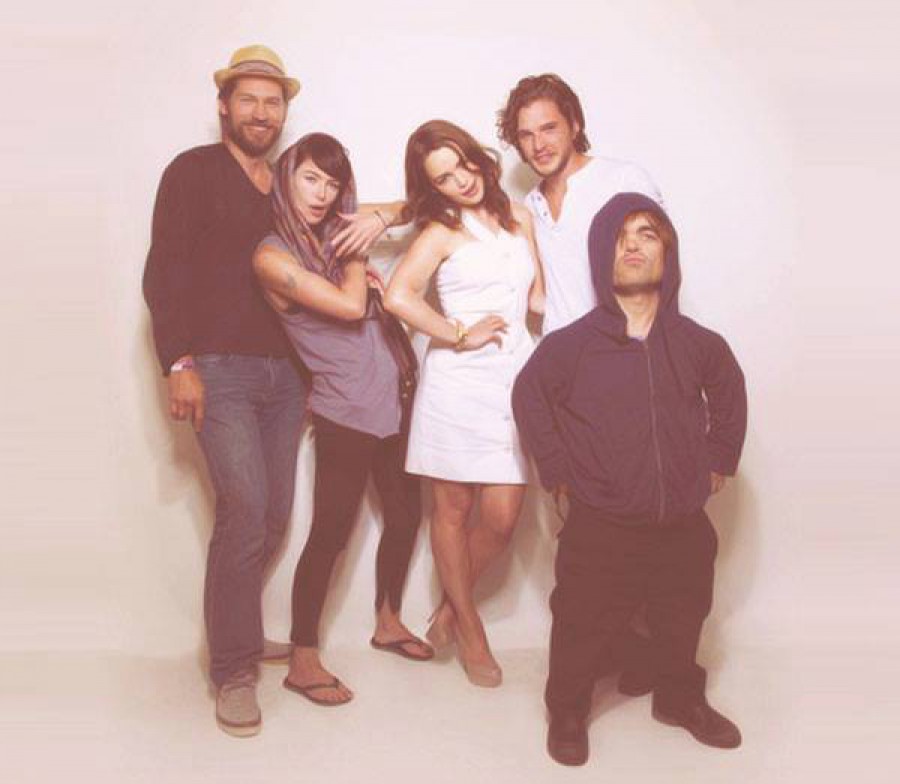 And the oven couldn't be used on account of the rats living in it. Complaining led to a visit from the landlord, who pulled a knife on his tenants in their living room, Dinklage told The New York Times in a 2012 profile. Oh, real New York.

Dinklage and Bell's living room was just a big empty performance space where they threw parties to raise rent money and once held a drunken poetry reading, the pair remembered. Around the same time, they were attempting to set up a theater in a part of industrial Brooklyn "where even the drug dealers were too smart to set up shop," Spitz wrote. "They were sleeping in their overcoats."

"It sounds so ridiculous now," Dinklage recalled in a Playboy interview the following year. "'In my day, we ate grubs and had a book of matches for heat. We made soup out of drywall.' Shut up, young me."

5. Dinklage ended up with a pet cat because, as a longtime vegetarian, he doesn't like killing creatures himself. 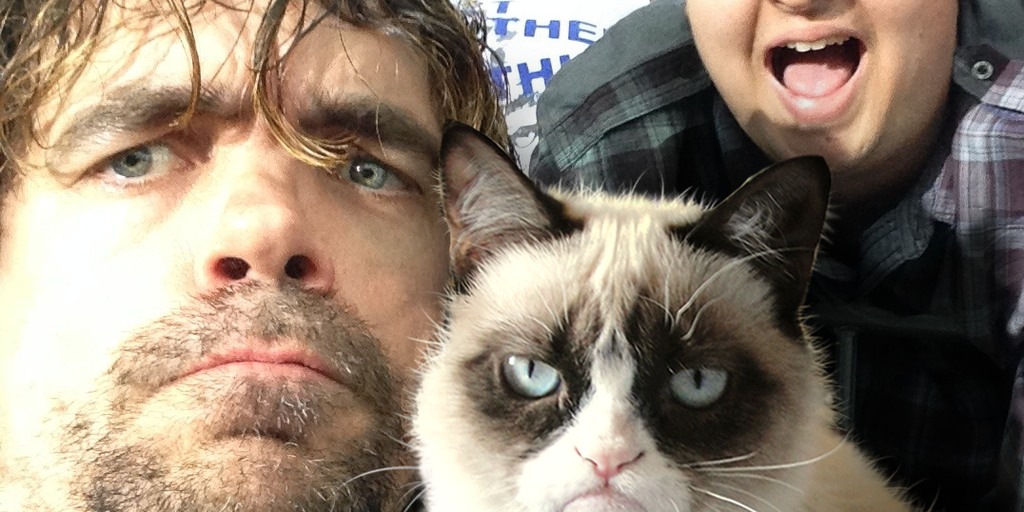 During his Reddit AMA last year, Dinklage explained how he and a roommate obtained a cat for the sole purpose of hunting the rat scurrying around their apartment. When the roommate moved in with his girlfriend, Dinklage got stuck with the cat. For 10 years.

Since becoming a vegetarian at 16 to impress a girl, he developed his own pro-animal-rights opinions in large part because of his father. In 2012, the PETA spokesman helped Farm Sanctuary, an organisation that provides care for rescued farm animals, increase awareness of the animals' living conditions to prevent them from being "treated like unfeeling machinery."

6. Dinklage has made it a point to turn down roles that made fun of his height. 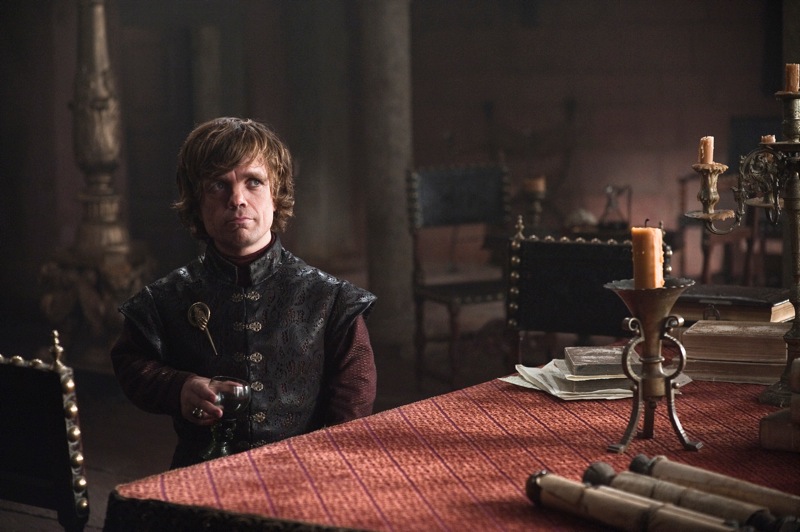 In those early days as a struggling artist, Dinklage sought roles that could have fit any able-bodied actor instead of ones that called for elves or leprechauns. He wanted to play the character who got the girl, but was usually presented with more bearded and pointy-shoed characters. In fact, that's why he was originally wary of "Game of Thrones," he told the Times in 2012, but luckily changed his mind after learning the odd Lannister out was portrayed as "a romantic, real human being."

"I love myths," Dinklage explained in a PBS documentary. "But they're ethereal beings, these dwarves. They're asexual, and they're either fools or they're filled with wisdom ... It's fine, but we're in the modern day now."

In his 2011 Golden Globes acceptance speech, Dinklage famously used the mic to call out the name of an English dwarf left paralyzed after getting thrown by a drunken rugby fan. And he once helped Spin magazine rank, by offensiveness level, music videos that featured dwarves. But he doesn't see himself as a "spokesman." 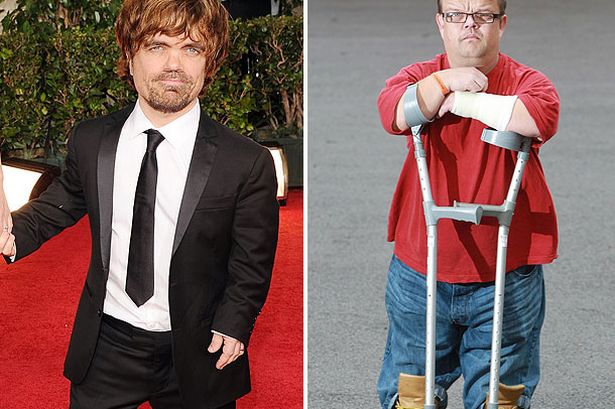 "Every person my size has a different life, a different history," he told the Times. "Just because I’m seemingly OK with it, I can’t preach how to be OK with it," adding that there were still days he still felt unhappy with his condition. Knowing writers and directors, however, provided a "back door" to roles in small indie projects that helped him cope.

"I came to terms with using my size rather than being exploited by it," he told Playboy in 2013.

7. Somehow, though, Dinklage appeared in "Tiptoes," a cringeworthy 2003 film with Kate Beckinsale and Matthew McConaughey. 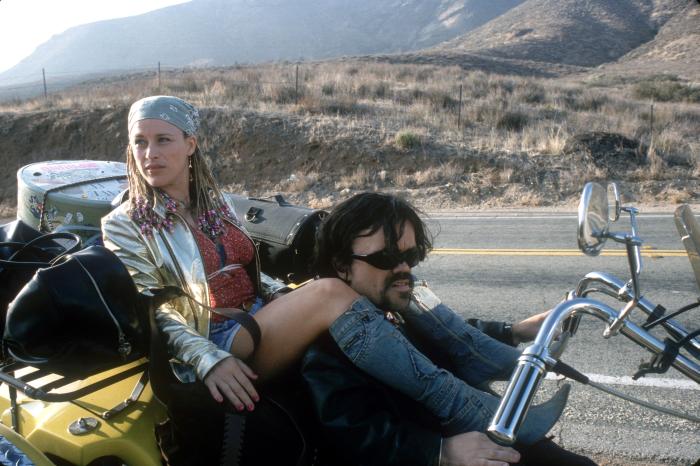 Earning a sad 29 percent approval rating on Rotten Tomatoes, "Tiptoes" shows what happens when you get engaged to someone without telling them that everyone in your family is a dwarf. Watch the trailer if you dare.

8. Fittingly, Dinklage could be descended from German nobility. 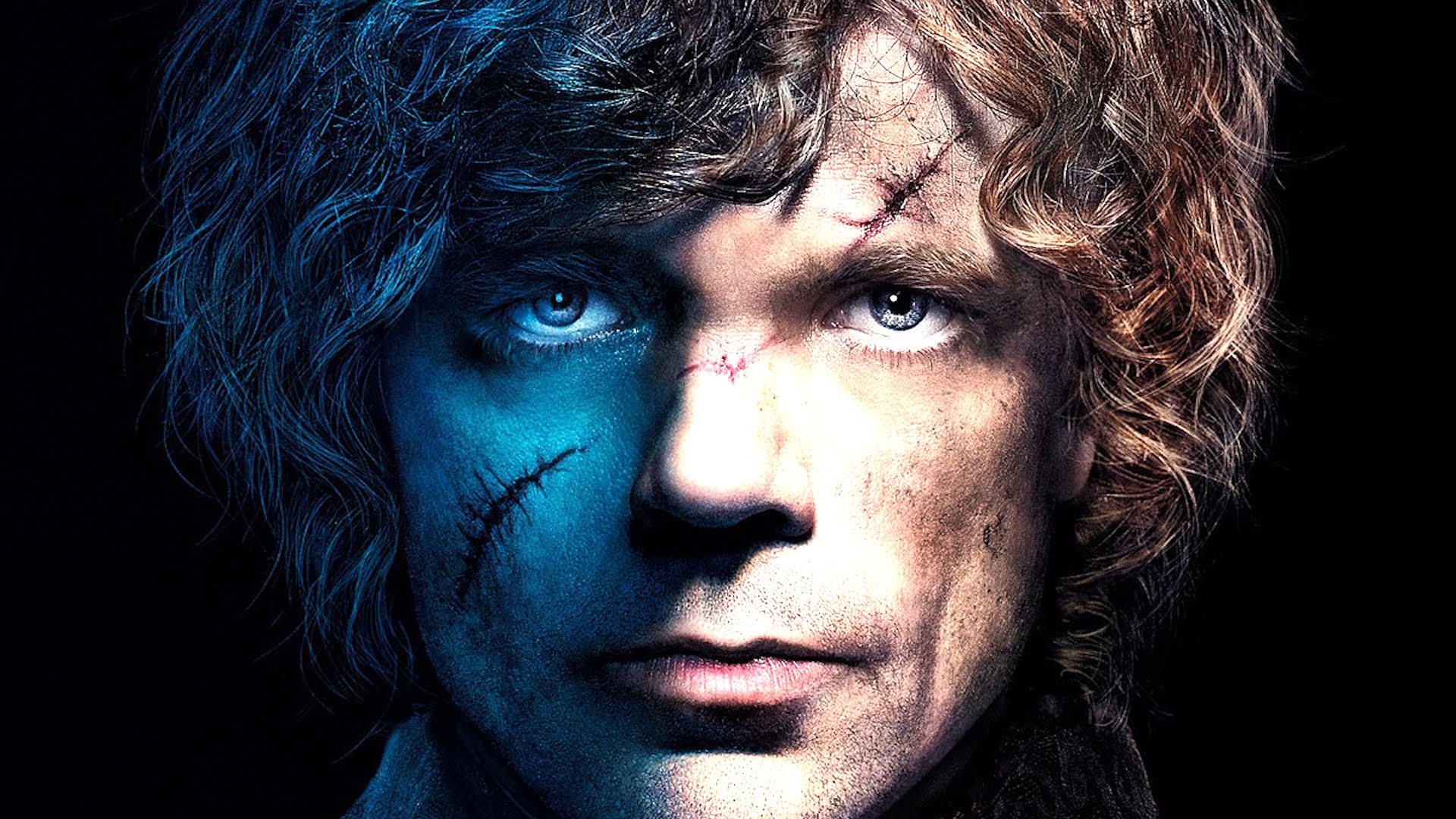 We know that Dinklage is half-German and half-Irish. We know that after World War II, his family dropped the "von" from their surname, von Dinklage, to make it sound less German. We know that there is a Wikipedia page for the noble von Dinklages, apparently a German clan with centuries of history and their own crest. So ... maybe?