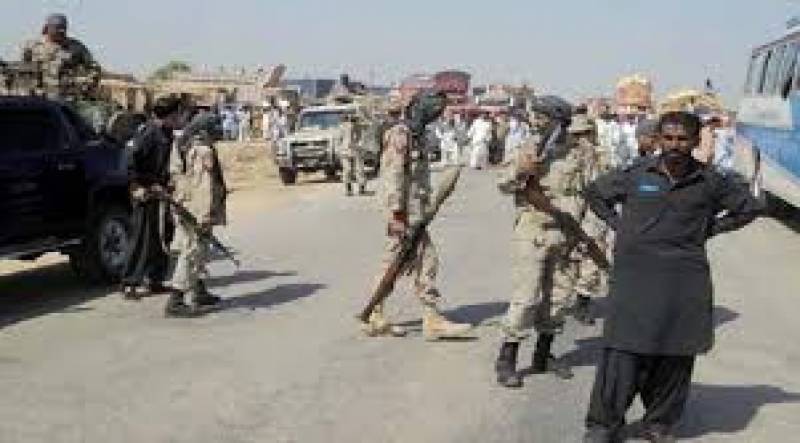 Quetta (Web Desk) - At least 13 militants were killed in an anti terror raids by Frontier Constabulary in the Mushkay area of Turbat on Tuesday.

According to reports, the operation was conducted by FC in the Mushkay area of Turbat where a gun battle took place which left at least 13 militants dead.

The dead included several important militant commanders and the brother of Balochistan Liberation Front (BLF) chief. A security official was martyred in the firing while two others were injured.