First aircraft to fly on Mars 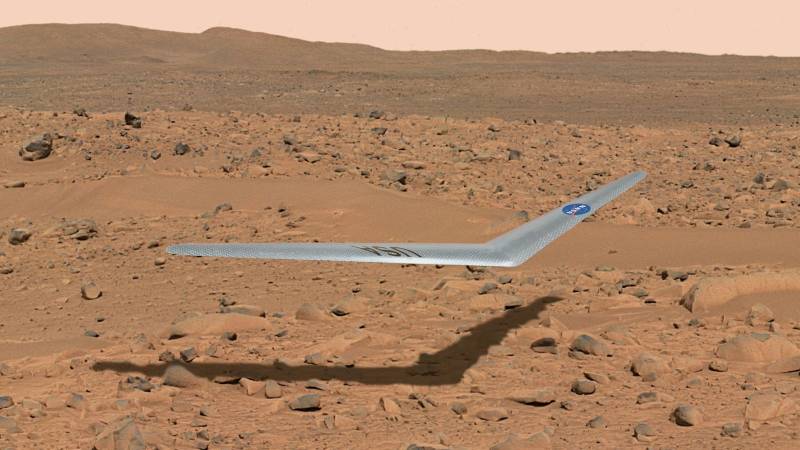 WASHIGNTON (Web Desk) - With its various rover missions, NASA has been actively exploring the red tundra of Mars since the '90s — but now the space agency wants to investigate the Martian skies.

NASA's Armstrong Flight Research Center is testing out a prototype of a flying wing aircraft called Prandtl-m, which could be the first man-made vehicle to fly on Mars. And it looks a lot like a large titanium boomerang, The Verge reported.

The Prandtl-m will be made of fiberglass or carbon fiber and has a wingspan of 24 inches when deployed — yet its prototype is lightweight at just under a pound. Since Mars has significantly less gravity than Earth, that means the Martian version of the aircraft could weigh up to 2.6 pounds and still fly efficiently.

The Martian atmosphere is also much thinner than here on Earth, so NASA will be conducting some high-altitude tests on the Prandtl-m to see if it's fit to fly above our planetary neighbor. Later this year, a balloon will take the aircraft up to an altitude of 100,000 feet, where the air is much thinner, to simulate what it would be like to fly in Martian airspace. Future tests will take the Prandtl-m even higher to 450,000 feet.

If these flights prove successful, the idea is to pack a folded-up Prandtl-m inside the spacecraft that will carry the next rover to the Red Planet in the early 2020s. Once the rover mission reaches Mars, the Prandtl-m will deploy over the planet, glide through its atmosphere for 20 miles, and then land. NASA hopes to use this flight time to scope out possible landing sites for a future human mission to Mars.