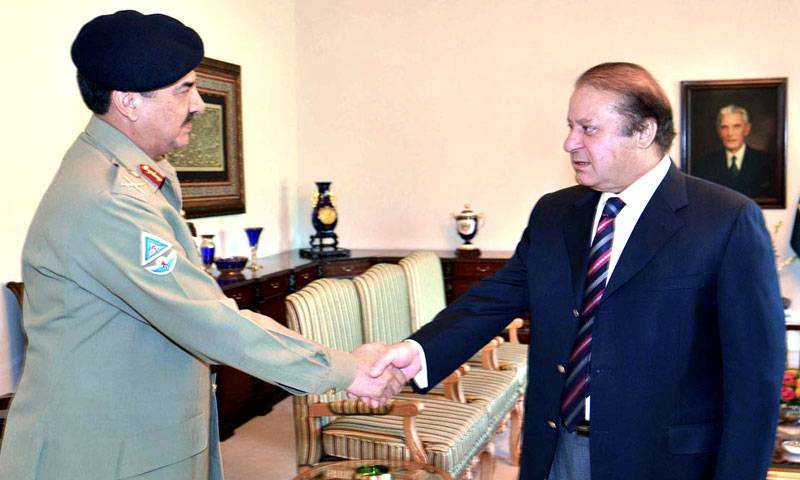 The two discussed internal and external security situation of the country.

In addition, COAS briefed prime minister on progress of Operation Zarb-e-Azb and Indian meddling was also reviewed during the meeting.

Further, a statement issued following the meeting said “security situation in the country and professional matters came under discussion.

However, sources said the two high-ups also exchanged views over Indian interference in Pakistan’s affairs, as the government is contemplating to raise the issue in United Nations Security Council.

In this regard, sources said, the government is holding consultation with Pakistan’s ambassadors in different countries, including Pakistan's permanent representative to the UN, Maleeha Lodhi.