TOKYO (Web Desk) - In a suspected suicide, a man set himself on fire on board a Japanese bullet train, killing himself and another person, while injured six others.

The man poured fuel over himself in the first carriage of Shinkansen bullet train, a Japan Rail spokesman told the BBC. The train was going from Tokyo to Osaka with about 1,000 people on board. 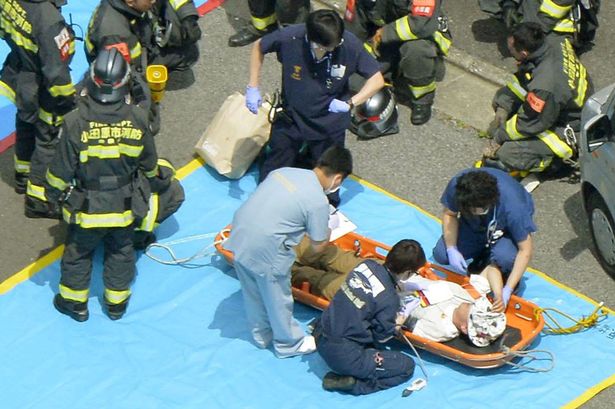 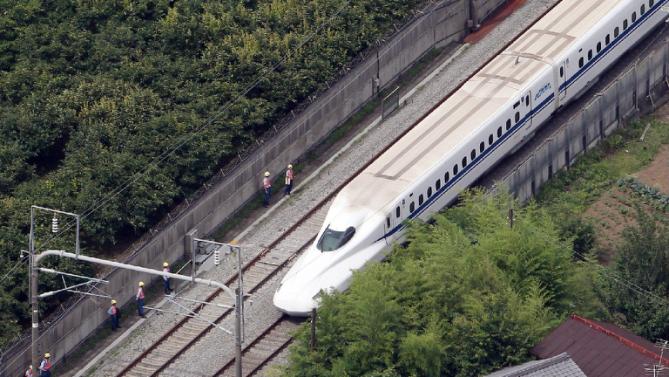 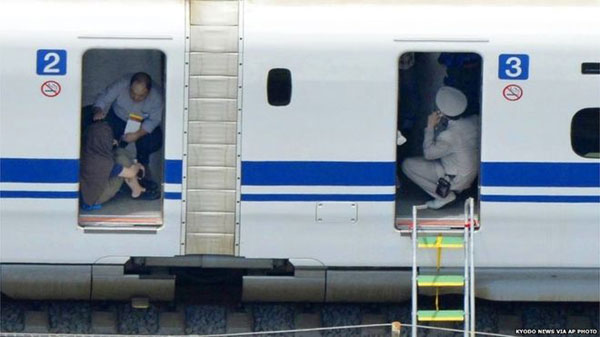 It was near Odawara city when the emergency stop button was pressed, BBC reported. All trains on the Tokyo-Osaka high speed line were stopped.

Officials have given no indication of the man's motives but are treating the incident as a suicide.

Japan Rail officials said the train came to a stop after the emergency button was pressed and the man who set himself on fire was then discovered near the toilet stall.

The other dead passenger, a woman, was reportedly found at the other end of the carriage. 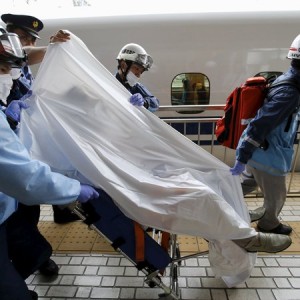 Japan's famous bullet train is the safest in the world. It has not recorded a single fatality since it started operation more than 50 years ago. However, the country is known for high suicide rate among men between the ages of 20 and 44.