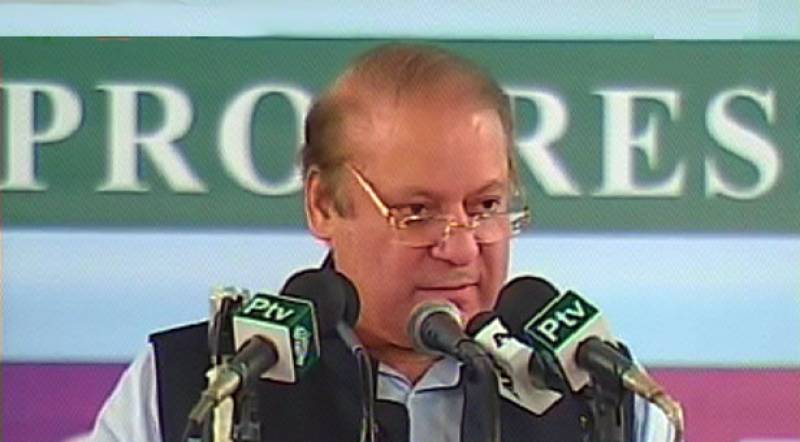 ISLAMABAD (Staff Report) - Prime Minister Nawaz Sharif said Tuesday that the government will maintain the same prices of petroleum products for the month of July.

The PM announced this while addressing the ceremony of Signal Free Project in the federal capital, he said that the Oil Gas and Regulatory Authority (Ogra) had proposed an increase of Rs4.26 in the price of petrol but the proposal to increase the prices rejected by the government.

He said that the government has to face Rs2.5 billion rupees deficit in one month.

A day earlier, Ogra had sent a summary to the government to increase the prices of petroleum.

The project envisages conversion of 24 kilometer Expressway from Zero Point to GT Road Rawat as signal free corridor besides addition of lanes to ease traffic congestion. It will cost about 21.81 billion rupees.

In the first phase, launched today, four kilometer portion from Zero Point to Faizabad would be completed at a cost of 1.6 billion rupees.