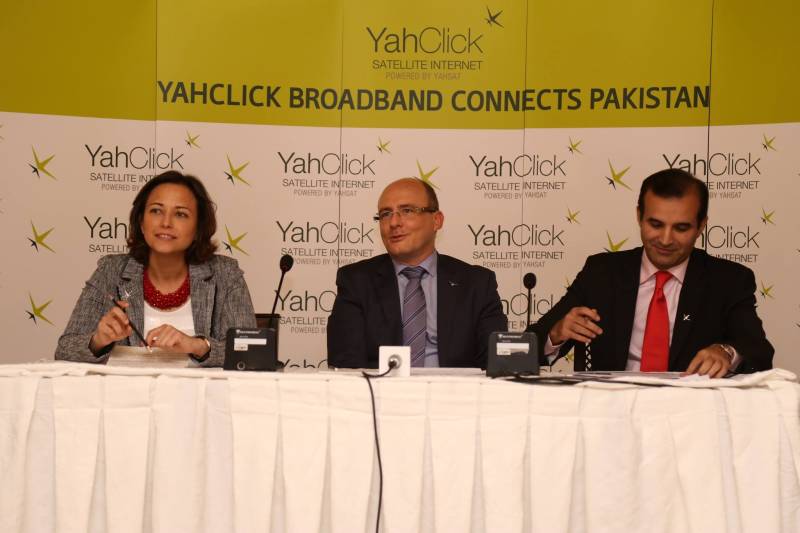 Users will now be able to instantly connect to satellite broadband via a small satellite dish and modem, without the frustration of congested networks and anywhere in the country, including places where terrestrial infrastructure is currently not yet available.

“Building on our strong track record of providing secure, reliable, high-speed internet to our valued enterprise customers, YahClick is proud to be expanding this premium service to everyone in Pakistan, no matter where they work or live,” Yahsat Chief Commercial Officer David Murphy during an event in Islamabad on Tuesday.

Mr Murphy added, “YahClick will help Pakistan accelerate its economic growth and social development by improving access to information and reducing operational costs for internet access in the most remote and currently underserved areas.

“YahClick’s core mission is to provide a wide range of flexible service plans tailored to meet individual user and market conditions. Here in Pakistan, we are confident that our attractive rates and unrivaled border-to-border internet coverage will attract businesses and individuals in emerging communities who desire to be part of a global knowledge base."

Now completing its soft launch phase, YahClick is already using state-of-the-art satellite technology to send and receive high-speed broadband internet signals in Pakistan, linking some of the country’s most important infrastructure, including over 154 ATMs, for many leading banks serving country’s most isolated locations, as well as connecting 1,600 students and supporting election offices in remote areas. 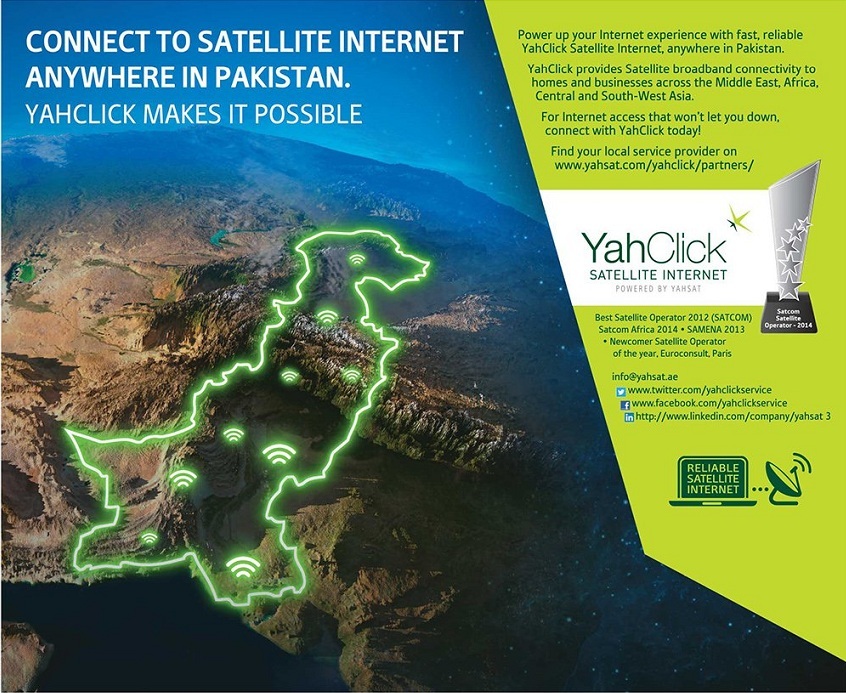 YahClick is the broadband satellite internet service of Yahsat, a global satellite solutions provider. The YahClick active customer base recorded significant growth of more than 42% during 2014.

To date, YahClick has acquired almost 34,000 subscribers for its satellite broadband service. The service has so far been rolled out across 13 countries out of its 28-country footprint, seven of which are in sub-Saharan Africa.