250 IS fighters killed in US-led strikes near Falluja 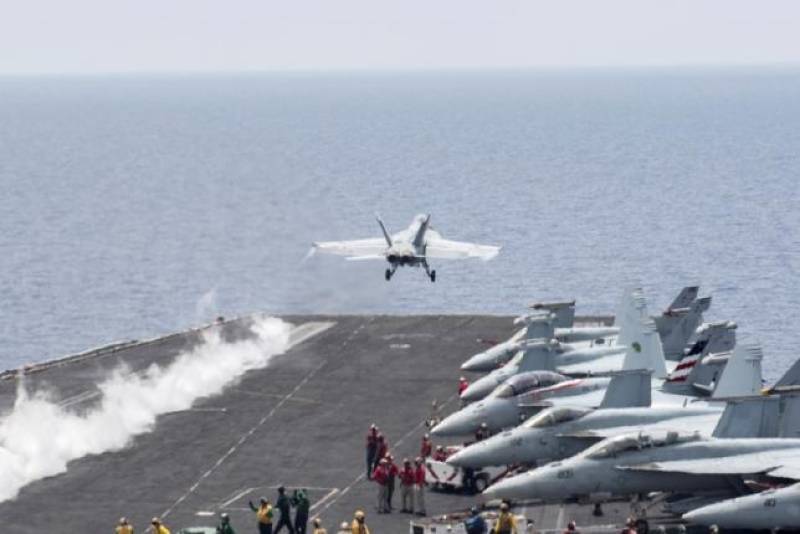 BAGHDAD: Over 250 Islamic State militants were killed when the US-led coalition forces pounded hideouts of the terrorist organisation near the city of Falluja on Wednesday night.

According to media reports, at least 40 vehicles used by the fighters were also destroyed in the air assault. No civilians had been living in the targeted areas.

Officials said the offensive could be one of the deadliest strikes against ISIS. However, they have held off definitive conclusions until the number casualties is confirmed.

The strikes came as Turkey blamed the Islamic State militant group for three suicide bombings at Istanbul Airport on Tuesday morning. 36 people died in the incident.

Earlier this week, Iraqi forces announced to have regained the city of Falluja from ISIS fighters after five weeks of intense fighting.