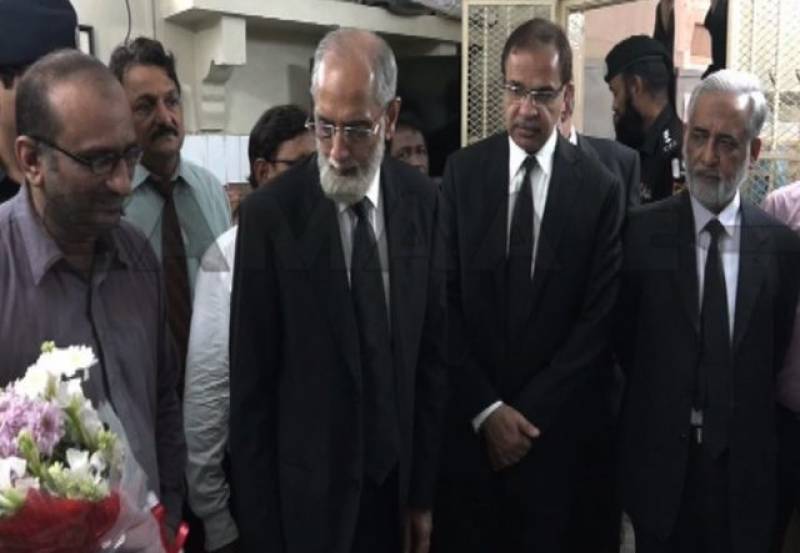 The CJP arrived at the philanthropist's Home in the city’s Kharadar locality accompanied by senior Supreme Court judges. He remained there for some time and enquired after Edhi’s health.

Edhi Foundation chairman on Tuesday underwent a successful surgery at the Sindh Institute of Urology and Transplantation (SIUT), Karachi.

He was accompanied by Chairperson of Benazir Income Support Programme Marvi Memon and Senator Nihal Hashmi.

Last week, Karachi Corps Commander Lieutenant General Naveed Mukhtar also visited Abdul Sattar Edhi at Sindh Institute of Urology and Transplantation (SIUT) to inquire about his health. Lt Gen Mukhtar said Edhi is the pride of the nation and is the name of humanity and compassion.

Further, on June 12, Army chief General Raheel Sharif and his wife sent a bouquet and a card to Edhi, wishing a healthy and peaceful life.

Edhi was diagnosed with kidney failure in June 2013 and was told by doctors he would have to be on dialysis for the rest of his life.