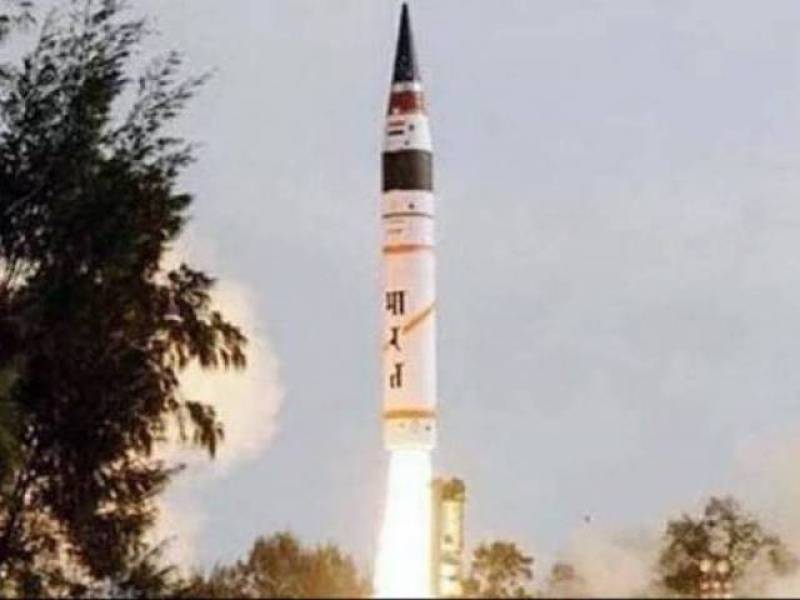 The medium range surface-to-air missile (MR-SAM) was jointly developed by India and Israel. It was test-fired using a mobile launcher in the Integrated Test Range (ITR) off the Odisha coast.

The missile is equipped with the Multi-Functional Surveillance and Threat Alert Radar (MF-STAR) and has the capability to neutralize any aerial threats.

The missile experiment was originally scheduled on Wednesday, however, it was postponed till today for undisclosed reasons.

This is India's first ever missile test since the country became the 35th member of the Missile Technology Control Regime (MTCR) regime, which controls advanced missile and Unmanned Aerial Vehicles (UAVs) technology globally.

The MTCR is an informal and voluntary partnership bound by no legal means, which seeks to prevent the proliferation of missile and unmanned aerial vehicle technology capable of carrying over 500 kg payload more than 300 km.

India formally applied for membership to the group in June last year, with active support from France and the United States, and officially became a member of the regime on June 27, 2016, by consensus of all the 34 member nations.

Announcing India's inclusion in the group, the MTCR's chair Ambassador Piet de Klerk said that it was a move towards strengthening international efforts to prevent the proliferation of weapons delivery systems (ballistic missiles or unmanned aircraft) capable of causing mass destruction.