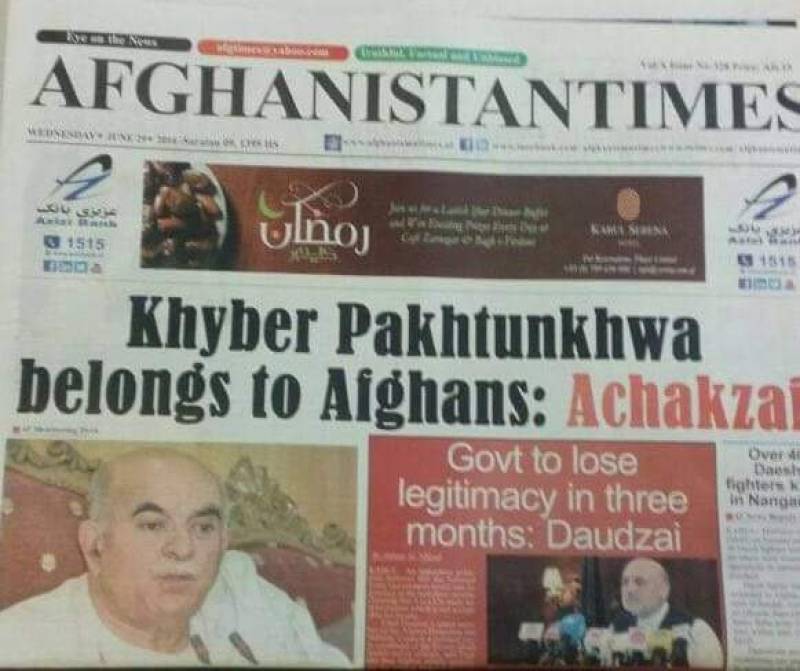 In an interview with Afghanistan Times, Achakzai said :"If Afghans are harassed in other parts of Pakistan, they should come here to the Pakhtunkhwa province, where no one can ask them for refugee cards, because it also belongs to them." He was responding to a query about the recent deportation of Afghan refugees in Pakistan.

He said Pakistan and Afghanistan should sit and talk about the Torkham border issue; otherwise, they should leave the matter to China and the United States, who would resolve it within two weeks.

When asked if Pakistani Pashtuns were unhappy over the country's decision to build gates at the Afghan border, the PK-MAP leader said that Torkham and forced repatriation of Afghan refugees are two separate issues and Pashtuns are concerned about the matters of Afghan refugees.

The statement came just a week after Pakistani and Afghan forces exchanged fire at Torkham border after the former tried to build a border crossing to bar unauthorized entry of Afghan nationals.